Conservatives increase in real terms funding for NHS will be far short of the increases under Labour and will struggle to keep pace with the pressures of medical technology and an ageing population. 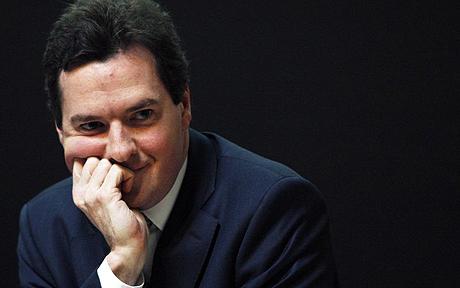 The NHS features little in Budget headlines – but dig deeper and the strain begins to show.

George Osborne confirmed an apparent protection in NHS budgets with a real terms increase in funding each year for the life of this Parliament  – though this will be far short of the increases under Labour and will struggle to keep pace with the pressures of medical technology and an ageing population.

The increase in VAT will cost the NHS an extra £250m – £300 million from the 2.5% rise, more than cancelling out the benefit to the NHS from not implementing Labour’s planned employer’s NIC rise, that would have cost £200m.

This raises a question about the Tories’ Cancer Drug Fund, which they previously claimed would be funded by their plans to cancel the NIC threshold rise.

The Budget will also have an impact on the burden of health, with measures such as freezing child benefit, no increase in alcohol and cigarette duty (where an increase in price could exert some impact on demand) and caps on housing benefit.  Tory pre-election concern on health inequality has been challenged with an Oxford University study forecasting this week’s Budget welfare cuts will lead to up to 38,000 additional premature deaths from welfare cuts (based on modelling welfare cuts’ impact in 15 European countries from 1980 to 2005).

But the NHS’s protected status may yet have a sting in the tail. Firstly, the impact of heavy cuts in other government departments and the Council Tax freeze will have a direct effect on key local authority services, given an average of 39% of local authority spending on adult social care comes from Council Tax. The Institute for Fiscal Studies is forecasting social services budget cuts of one-third on average by 2014/15.  The impact on the NHS will be stark, with increased stays of older people in hospitals and delays in discharges.

Secondly, there is concern that the NHS’s protected funding status may not last for long. The BBC economics editor suggests “As the scale of the cuts [across other government departments] becomes clear, I wonder whether the NHS will be put back on the table as well”

David Cameron’s high profile promise was : “I’ll cut the deficit, not the NHS”. Yet with a budget built on heroic assumptions  – of creating a hole in demand of 6.8% GDP by 2014 but with a growth forecast of 2.7% by then – it is a pledge that may well return to haunt him.

17 Responses to “The Budget warnings for the NHS”