The new draft Capital Requirements Directive (CRD 3) would impose a blanket ban on bonuses for directors of bailed-out banks until taxpayers are repaid... 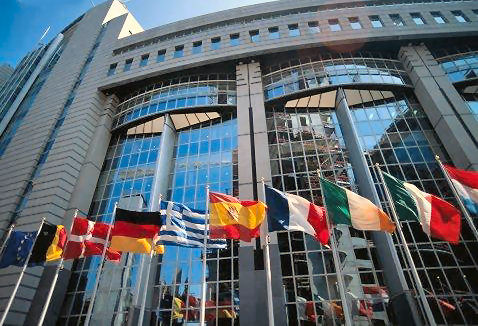 The Socialist group of MEPs claimed a big victory in Strasbourg last week when Labour MEP Arlene McCarthy’s report on bankers’ remuneration and re-securitisations was carried with a large majority of 36 to 1 in the Parliament’s Economic and Monetary Affairs committee.

The new draft Capital Requirements Directive (CRD 3) takes radical steps on limiting the salaries and bonuses of bank directors. In particular, it would impose a blanket ban on bonuses for directors of bailed-out banks until taxpayers are repaid, and place a €500,000 cap on director salaries for banks receiving support.

For non-taxpayer supported banks, bonuses are capped so they cannot be larger than salary. Meanwhile, the introduction of a deferral principle means bonuses cannot be paid upfront when the bank will not realise profits until a future date. At least 40% of a bonus (60% for large bonuses) would be deferred for a period of at least 5 years. This could then be clawed back if performance is less than expected.

The McCarthy report also introduces a crackdown on cash bonuses and measures to defer bonuses. Cash bonuses would be limited to a maximum of 6% of total bonuses, with the rest composed of share and pension contributions. These shares could then be called in as equity if the bank fell into financial difficulties. The proposals also prevent tax avoidance on bonuses.

CRD 3 is the latest in a batch of European legislation expected to provide much needed stricter regulation of the financial sector.

The vote by the whole Parliament is set to take place hopefully next month following negotiations now underway between Ms McCarthy, the European Commission and the Council of Ministers. The negotiations are likely to see a split between Conservative and Lib Dem MEPs and their Government. While Tory and Lib Dem MEPs supported much of the report in committee – but opposed and tried to water down the tough stance on bonuses taken by McCarthy – George Osborne’s Treasury has already stated its total opposition to the draft legislation’s proposals on remuneration. If the Lib Dems follow suit, they will have undermined the stance consistently taken by Business Secretary Vince Cable on the need to tackle bank directors’ bonuses, particularly those working for nationalised banks.

The legislation also demonstrates that while Labour may not be able to legislate domestically, at European level, unlike the marginalised Tories, they are in a powerful position.