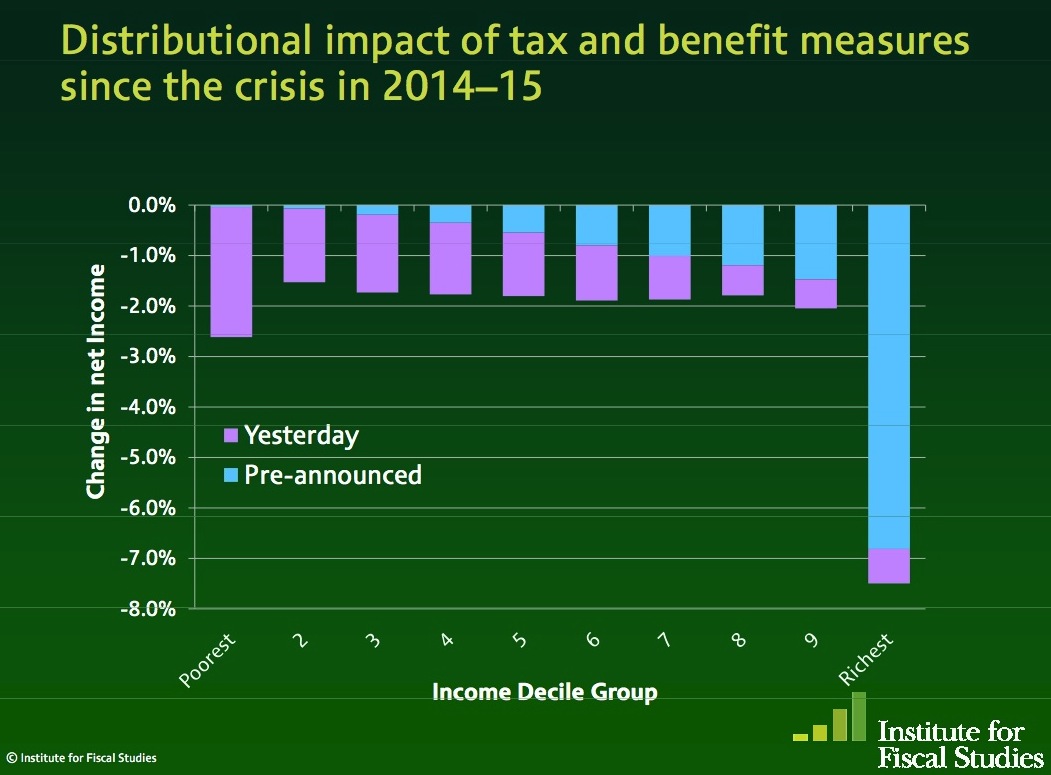 By 2014-15, the distributional impact of tax and benefit measures is only “progressive” if the pre-announced decisions made by Labour – including the 50p income tax rate – are included. The IFS are clear that the Treasury’s claims only hold valid, “because of reforms announced by the previous government”. Stripping them out means that George Osborne’s dictum is wrong.

This analysis – consistent with Left Foot Forward’s own yesterday, the Financial Times’ and Nick Pearce on Open Democracy – could not be clearer: taken on its own, it was a regressive Budget.

52 Responses to “IFS: Budget was “regressive””