Only by re-building adult education can we ensure that adult educational opportunities are available to those, like Dr Cable’s mother, who need them most. 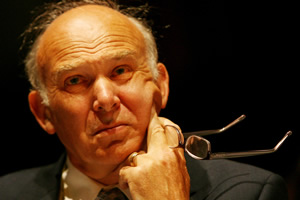 Our guest writer is Tom Sperlinger, director of lifelong learning for English at Bristol University

A few years ago I taught an evening class called ‘Life is roomy yet’ (a line from a poem by Thomas Hardy), focusing on literature about people facing choices in their lives. A young student, who had contributed passionately to the discussion, revealed that he had been suffering from mental ill health and that the course was his first step back into the world.

In his first major speech as business secretary last week Vince Cable made a case for adult education in language that was strikingly different from that of his immediate predecessors, but which my student might have recognised:

“Education and learning are of course desirable in their own right. Education for education’s sake – learning how to learn – benefits the economy in the long term. Philistinism is bad economics. It is also fundamentally unacceptable.

“A story from own life makes the point. My mother and father left school at 15 to work in factories. My father eventually taught building trades in the local technical college: we need more people like him.

“My mother was a housewife and when I was 10 she had a major nervous breakdown and spent time in a mental hospital. When she recovered she saved her mind through adult education – learning for the first time about history, literature, philosophy and art. We need more people like her, too.”

Today, Dr Cable’s mother would struggle to find somewhere to learn for the first time about history, literature, philosophy or art. Recent estimates suggest that the number of places in adult education in England has declined by two million since 2005; the arts and humanities are among the worst affected.

My own institution, the University of Bristol, is typical of the decline. Twenty years ago it had a Department for Continuing Education, with over 20,000 enrolments per year. The department closed in 1998 and only a handful of courses remain. Programmes in drama, music, history, history of art, philosophy and theology were closed last year as a result of Labour’s disastrous equivalent or lower qualification (ELQ) policy.

The cuts ahead will cause anguish and pain within both further and higher education. But there are, nonetheless, practical steps that Dr Cable can take to fulfil the aspirations to help ‘more people’ like his parents and the economy.

We need a coherent strategy for adult education across sectors, which embraces more than just skills training; the recent Inquiry into the Future of Lifelong Learning has done much of the groundwork. Among the changes needed is a reversal of the discrimination against part-time learners in the funding systems for both further and higher education.

The Government might also re-think the form and content of what it prioritises, emphasising short courses as well as longer qualifications and re-thinking the definition of a ‘vocational’ subject, which currently excludes the arts and humanities. They should replace Labour’s muddled targets, such as 50 per cent of young people entering higher education – which blurred widening participation with increasing it – and create more tangible commitments to diversity, including a revival of the extramural tradition.

Much of this should be Labour’s natural territory; to scrutinise whether Dr Cable delivers, the new Opposition must rediscover its understanding of forms of adult education rooted in the desire for community, equality and social change.

I have come across many students who, like Dr Cable’s mother, want to re-make their lives through adult education. Some are recovering from mental or physical ill health, or a period of caring for a loved one; others are making up for an unhappy school experience; wish to change career or have been unemployed; want a space to think in, outside work; are adjusting to life as a single parent; or need to understand their racial or cultural heritage.

These stories, and those of Dr Cable’s mother and father, have a common theme, to which New Labour seemed tone deaf, especially in its baffling twilight years. Education is the process by which we make and re-make a sense of our lives, of the world and our part in it. Only by re-building adult education can we ensure that such opportunities are available to those, like Dr Cable’s mother, who need them most.