Ed Balls devotes much of his recent Observer article to a discussion of migration policy, and in the process makes some claims that don’t stand up. 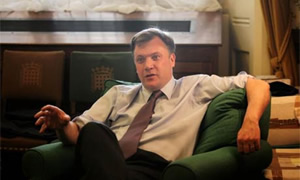 Ed Balls is the latest of the Labour leadership contenders to focus on immigration in his campaign.  In an article in the Observer this weekend Balls argued that Labour’s arguments on immigration ‘were not good enough’. It’s hard to disagree with that as political analysis, but Balls devotes much of his piece to a discussion of migration policy, and in the process makes some claims that don’t stand up.

Balls argues that migration from Eastern Europe after the expansion of the UK had:

“A direct impact on the wages, terms and conditions of too many people – in communities ill-prepared to deal with the reality of globalisation.”

It is certainly true that the levels of migration experienced by the UK after 2004 were historically unprecedented (and unpredicted by government).  Official statistics show that more than 400,000 migrants from the new EU countries (the ‘A8’) came to the UK between 2004 and 2008.  Lots of them went home again, but the net migration flow from these countries in the same period was still more than 250,000.

However, the UK was experiencing strong economic growth, and evidence suggests that these migrants were effectively absorbed into the labour market, with minimal impacts on wages.

This is not to say that such large-scale immigration didn’t have negative impacts on some workers, though the data isn’t good enough to know for sure.  However, it seems likely that other factors caused much greater problems for low-paid and vulnerable workers, not least Labour’s failure to implement the Agency Workers Directive, which Balls himself mentions.

Labour’s attitude to mass immigration from the EU reflected a relaxed approach to regulating the labour market – immigration was not the most damaging aspect of this approach from the point of view of low-paid and vulnerable workers, which explains why trades unions have been at pains to emphasise that they are in favour of the free movement of Labour within the EU. The leadership debate would be much more productive if the candidates focused on changing New Labour’s underlying economic analysis, rather than blaming immigration for the party’s woes.

There is also a risk that Balls, and other leadership candidates, are fighting yesterday’s battles on EU immigration. Migration flows from A8 countries have proved to be short-lived. The latest statistics show that the UK is now experiencing net emigration to these countries for the first time since 2004 – more A8 migrants are leaving the UK than are arriving.

I am not suggesting that Labour got everything right on immigration policy. Lessons certainly need to be learnt from the experience of the 2004 EU expansion. Government should have predicted the flows from A8 countries and managed their impacts at local level more effectively – Balls is right that many communities felt unprepared for the rapid EU migration seen after 2004.

The UK should also be wary about putting itself in the position again of opening up to the free movement of labour from new EU members before other member states do the same. But none of this means that the UK should necessarily impose, as Balls suggests, extended limits on the ability of citizens from possible new EU countries (including Turkey) to work in the UK. Pre-judging that decision now, in order to make a political point, could harm the UK in the future.

Balls is right to talk about Europe – how we engage with the EU will be the single most important part of how we relate to the rest of the world in the future. But he seems to think that the free movement of people within the EU is an optional extra, that the European project can move forward with or without it. This misunderstands the lived experience of the EU – the right to live and work elsewhere in the EU is a major benefit to many Britons.

Balls acknowledges that more than a million British people are living in the rest of Europe, but claims that:

“They are more likely to be working for higher wages in Brussels, Frankfurt and Milan than undercutting unskilled wages in the poorer parts of Europe.”

Quite apart from the repeated implication here that EU migrants have undercut unskilled wages in the UK, the claim that British emigrants in the EU are all highly-skilled professionals causing no problems for their new homelands doesn’t seem to be backed up by evidence. The data on the skill levels of British emigrants aren’t very good, but the largest population of British people living elsewhere in Europe is in Spain, where British immigration has been of considerable concern!

Most fundamentally, though, Balls – in common with some of the other leadership candidates – has misunderstood the nature of the problem posed for Labour by immigration. As I have argued before, it’s not a problem of policy, it’s a problem of politics, and it needs a political solution. A new line on transition measures for new EU member states isn’t a political solution. Leadership contenders need to remember that immigration is a symptom of Labour’s problems, not the cause.