Ken Clarke's announcement on prison policy is welcome news for those of us who campaign for penal reform. 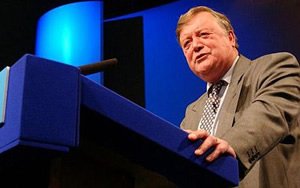 Ken Clarke’s announcement on prison policy is welcome news for those of us who campaign for penal reform. The justice secretary – who served as home secretary in the early 1990s when prisons were the responsibility of that department – took a courageous step in unveiling plans to end the cycle of offending and “create a more intelligent, consistent and transparent system of sentencing, and introduce a rehabilitation revolution”.

There are some parts of Mr Clarke’s masterplan, however, that directly contradict others. In an attempt to place the Right, he has pitched some of his prison reform agenda on the grounds of cost-saving, which is absolutely ludicrous.

I visited more than 40 prisons across England and Wales when I worked in the sector; there were many discrepancies and variances between establishments, but consistently presenting issues involved the acute mental health needs of prisoners, their addictions to drugs and alcohol and their dysfunctional backgrounds.

None of this is an excuse for crime – individuals must be responsible for their actions and the law cannot be arbitrary – but there must be an understanding of the complicated nature of offending and the need for prisons to be places that change individuals, not condemn them.

As I explained in an article for Left Foot Forward last December:

“[Prisoners] need high-quality services and support that costs money. If they don’t get that then they are released unprepared and unreformed, with the inevitable consequence that they will re-offend. That creates more crime and more victims of crime, and simply leads to a cycle of offending from which there is no escape.“

Nearly half of all offenders sent to prison are reconvicted within a year, and the rate of reoffending is even higher – 60 per cent – for the 60,000 prisoners who serve short-term sentences each year, creating a revolving door of crime. If the government is serious about reducing prisoner numbers, lowering crime rates and making the public feel safer and more secure then they must make financial provision for this, not least because it is an investment in the future and the cost of creating a better society.

Overall, though, Mr Clarke deserves praise for tackling this tremendously difficult issue. He deserves the support of progressives in facing the challenges that will inevitably ensue if he is to achieve his objectives. Conversely, Labour’s response today left much to be desired. When Labour left government in May 2010, the prison population in England and Wales reached a record high of 85,201 – double the figure it was less than 20 years previously.

Whilst this rise started under the previous administration – and because of the Tories’ ‘prison works’ policy – it accelerated massively after 1997, and the reactionary rhetoric opposing prison reform does nothing to disguise this. Labour offered no solutions to the prison crisis whilst in government, apart from plans for a prison-building programme to accomodate even more prisoners.

The justice secretary was right when he said today that some Labour home secretaries behaved as if they “had a cheque book in one hand, and the Daily Mail in the other”; my advice to Mr Clarke is to ditch the Daily Mail, and keep the cheque book.

8 Responses to “Does Clarke have the courage of his convictions?”