A new poll for Politics Home finds that Jon Cruddas is Labour's most popular politician with approval ratings of +3. All other Labour figures have negative ratings. 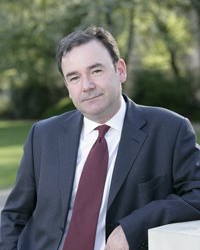 A new poll for Politics Home finds that Jon Cruddas is Labour’s most popular politician with approval ratings of +3. All other Labour figures have negative ratings.

Mr Cruddas, who last month ruled himself out of Labour’s leadership election, is Labour’s most popular politician coming between Michael Gove and Philip Hammond in the list. But the commentary accompanying the piece warns that, “the comparitive popularity of members of unpopular parties can be exaggerated due to low profiles, and therefore a smaller pool of voters having an opinion of them. In total, only 27 per cent of the public have an opinion of Mr Cruddas”.

The most popular candidate for Labour leader is Andy Burnham on -2 although only 28 per cent of the public had an opinion of him. Ed Miliband has a -5 rating while David Miliband is on -7 both solicited a response from 55 per cent of those asked. Ed Balls is on -39 with a profile of 61 per cent. Diane Abbott and John McDonnell did not feature in the poll.

13 Responses to “Cruddas is Labour’s most popular politician”