On China, is Mr Cameron taking over the mantle from Mrs Thatcher, when she annoyed the country over negotiations on the handover of Hong Kong? 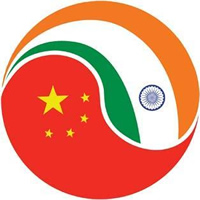 Our guest writer is Sonny Leong, chair of Chinese for Labour

“We will work to establish a new ‘special relationship’ with India and seek closer engagement with China, while standing firm in human rights in all our bilateral relationships” – so says the Lib-Con Coalition Agreement. What is the difference between ‘special relationship’ and ‘closer engagement’? Is one more supreme than the other? Or is this the ‘new politics’ of the new government in pitching India against China? Is Mr Cameron taking over the mantle from Mrs Thatcher, when she annoyed China over negotiations on the handover of Hong Kong?

In the first Leaders’ debate, David Cameron cited that Britain must spend almost £100 billion to maintain its independent nuclear deterrent as “we don’t know what is going to happen with Iran [and] we can’t be certain of the future in China”.

To talk about China – a permanent member of the Security Council – in the same breath as a rogue state like Iran is an insult to the people of China and the Chinese community in the UK. China and the UK have a strong relationship that is important to both countries’ economies and cultures.

In the final debate, Mr Cameron had a go at China again by saying:

“It’s no policy to just borrow from the Chinese and buy goods made in China.”

Is this the sort of language we expect from a British prime minister? Globalisation and liberalisation of trade laws have allowed Chinese goods to be imported and sold in the UK at prices many can now afford and enjoy. British companies have also been flocking to China to have their products manufactured there; surely, this is not China’s fault.

Much has been written about the exploitation of Chinese people for their underpaid illegal labour and unfair working terms and conditions. The tide is changing, and the good news is that the government is closing down the bad old factories, with sophisticated and efficient facilities surviving. In 2006 they would have relaxed their restrictions on unions had the American Chamber of Commerce, backed up by the Europeans, not lobbied hard to stop it happening.

But as the quality of China’s goods get better, and more and more of the population take a share in the form of better wages and conditions, it loses its competitiveness in the markets. Some are already anticipating a time when Africa becomes the world’s workshop. Bilateral trade between China and UK is worth about £30 billion compared to £12.6 billion between India and UK, illustrating China’s worth as an important trading partner.

Broadly, there are two versions of responses to the rise of China; the first sees China more or less solely in economic terms – the ‘economic wow factor’. They are in awe of what those growth economic figures might mean for China’s position in the world. This response is guilty of underestimating what the rise of China represents. It is a victim of tunnel vision and represents a failure of imagination.

The other response, in contrast, is persistently sceptical about the rise of China – always half expecting it to end in failure. The argument is that it is impossible for China to sustain its transformation without fundamental political change unless it adopts Western model, it will fail. This argument is flawed from the outset for those that do not understand China from its traditions, values and cultures.

The rise of China and the decline of the United States will, at least during this financial and economic stage, demonstrate that China is prepared to play its role on the global stage, a full-hearted participant in the G20, the IMF and the World Bank.

As James Denselow in The Guardian explained:

“The reality is that Cameron forgot who the superpower is. There is vast disparity in power that cannot realistically be glossed over by banal rhetoric. Britain’s population is 4% that of China’s, and has armed forces of just over 240,000 compared with the vast Chinese People’s Liberation Army of over 3.4 million. Crucially, courting China will play a key role in dealing
with the pressing Iranian nuclear issue.

“China is Iran’s biggest export partner, and sells it back refined oil. Time magazine urged Barack Obama this month to ‘replace US outdated ideas for dealing with China’ and ‘to move beyond cold war containment’.”

Sales of US Treasury bonds by China over recent months have ruffled feathers in Washington. Also, news of China reviewing their position on euro bonds sent jitters throughout the markets; and With sterling hitting a 13- month low against the dollar, the Coalition Government should be wary about what it wishes for.