In his Budget statement last week, George Osborne set an ambitious goal for October’s comprehensive spending review, namely an average 25 per cent reduction in spending across all Whitehall departments; in light of such stretching targets, are the arts being lined up as an easy hit? 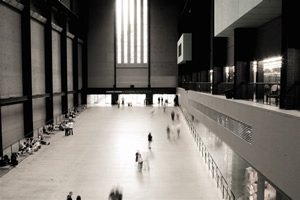 In his Budget statement last week, George Osborne set an ambitious goal for October’s comprehensive spending review, namely an average 25 per cent reduction in spending across all Whitehall departments with the exception of health and international development. In light of such stretching targets, are the arts being lined up as an easy hit?

Already, the UK Government has announced cuts worth £5 million from the Arts Council and now, the Arts Council for Wales (ACW) has announced that funding will be stopped altogether for 32 arts groups and festivals across Wales. Among those affected are the Hay Festival of Literature and the Arts, Llangollen International Music Eisteddfod, the Beaufort Theatre and the Swansea Festival of Music and the Arts.

In announcing the news, Professor Dai Smith, chairman of the ACW, said:

“We’ve looked carefully at what we can support. We started this process a long time ago. It’s never been about cuts, it’s been about using taxpayer’s money well. We’re not using the worsening economic climate as a convenient excuse, nor are we deflecting responsibility onto potential government funding cuts that might come at some point in the future. These are our decisions, and we take responsibility for them.

“We’re not naïve. Wales will have to make cuts in public spending, and the Assembly Government will have its own choices to make about its funding priorities. We hope to persuade them of the prime value of investing in the arts as a key social and cultural driver for twenty-first century Wales.”

The decision came just days after former culture minister, Rhodri Glyn Thomas, argued on the BBC’s Politics Show for Wales that funding for the arts and the creative industries should increase. Responding to the latest news, Peter Florence, director of the Hay Festival, expressed his fears for small arts projects.

“ACW have to make tough calls on priorities. In tough times Hay can get going. We dropped ticket prices by 25% this year and won 35,000 extra tickets, so we’re fairly bullish about the market for culture and entertainment.

“It’s vital that smaller groups without strong bases and international dimensions don’t get their core resources cut, and we’ll continue to work with all our local arts producers to support them over the next few years.”

Speaking in December at Tate Modern, the Chancellor called for the country’s largest museums and galleries to be set free from Government control in order to build themselves up as US –style endowments.

“There is no government metric or policy report that can ever fully capture this basic truth: that art matters for its own sake.”

Meanwhile, just weeks after being appointed, culture secretary Jeremy Hunt called for greater efforts to explore other, non-taxpayer funded options for financing the Arts. He continued by telling the gathering at the Roundhouse in London:

“I want to turn the current funding crisis into an opportunity. An opportunity to reform the way arts are funded in this country so that never again are they so vulnerable to a sudden boom and bust in funding.

“So I have started a major project to look at how we can be better at helping you to tap into other sources of funding. Not as a replacement to public funding, but as an additional pillar of support.”

15 Responses to “Are the arts being targeted as an easy hit for spending cuts?”