For progressives, the lesson is that policy isn’t enough; we need a new narrative on immigration, and the next government will face the challenge of writing it. 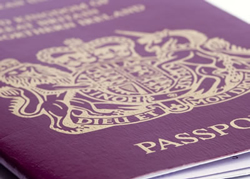 For a while, it looked like immigration might not be a big issue in the election campaign – none of the parties seemed keen to make it one, and in fact (although you’d never know it from the political rhetoric) there’s a good deal of policy consensus between the parties on the issue. The Government has made significant progress in reforming the immigration regime, and the Conservatives and Liberal Democrats don’t disagree with the basic policy ‘building blocks’ now in place: free movement within the EU, the points-based system (PBS) for work/study migration, and a much improved (if still far from perfect) asylum regime.

But, as ever, events have shown that policy consensus never gets in the way of a feverish and divisive political debate. There have been the usual attempts from the right-wing press to misrepresent the facts, as well as more workaday disputes about (always tricky) migration statistics.

The party leaders have clashed on the issue in all three TV debates. Regardless of the national debate, the ongoing threat from the BNP and other far-right parties has ensured that immigration has remained high on the agenda in many local constituencies.

And then there was ‘bigot-gate’, which catapulted the issue of immigration onto all the front pages. The gaffe no doubt reflected tiredness and frayed nerves more than it did Gordon Brown’s view of the electorate, but it illustrates some of the political problems that Labour has had with immigration. Labour ministers have, in the past, been reluctant to talk openly about the challenges and opportunities presented by immigration, which has added to a sense that the issue is somehow ‘off limits’.

This is the concern to which Gillian Duffy seemed to be alluding in her conversation with Brown. Of course, it’s clearly not true to say that immigration isn’t discussed in the media (quite the reverse), but there is a widespread belief in the UK that to express any views on the issue is to risk being branded a racist. This, sadly, is a belief that Brown’s gaffe strengthened.

Labour ministers tried to keep quiet about immigration for too long, and although they have now realised the importance of engaging with the subject in public, the impression of this being an issue they don’t want to talk about has stuck. Labour have also allowed the political discussion to become highly polarised – they have not been able to develop a balanced and moderate narrative that convinces the majority of voters, which has left too much space for extremists.

Ironically, this balanced, moderate position is not too far from current government policy – it has taken some time, but we do now have an immigration system that works. It’s not perfect, of course, but it’s not bad. Labour’s problem with immigration now is largely one of politics, not policy. Of course, there has been some policy debate in the election campaign, despite the underlying consensus.

These numbers don’t really stack up. A cap of 100,000 could be delivered if British net emigration continues at a significant rate and net immigration from the EU settles down at something close to current levels. However, delivering net immigration of 100,000 – which would surely not satisfy those who want to see a drastic reduction in immigration – would still be very difficult to achieve if improvements in the economy lead to increases in work-related migration to pre-recession levels.

A cap of 40,000 could only be met with drastic changes to policy. Given that EU migration is outside the control of government, and asylum/refugee migration is governed by international conventions, very significant reductions in migration to the UK for work and study, and restrictions on family formation/reunion, would be required.

The Conservatives’ immigration cap policy may also backfire on them politically. The public wants government to be in control of migration and to be honest about the numbers. But control does not mean a drastic limit on net immigration. In fact, what often gives the public the impression that immigration is out of control is politicians making promises to ‘clamp down’ that they then can’t deliver. The immigration cap risks becoming one such promise unless the Conservatives can put forward a clear plan for how they would deliver it in government.

The Liberal Democrats have set out policies on immigration that have been well-received by progressives, but which have also laid them open to attacks from the Conservative Party and an increasingly hostile right-wing media as their poll ratings have climbed. An earned amnesty for irregular migrants is, in principle, a sensible and brave policy position. There are between 500,000 and 750,000 irregular migrants in the UK, and it is simply not credible to suggest they should all be removed.

Unless we are prepared to tolerate the exploitation and costs to society which stem from irregularity, some kind of earned regularisation is the only viable option. This said, there are still questions to be answered about how a Lib Dem amnesty would work in practice. One-off amnesties are more politically-appealing than the provision of ongoing routes to legal status, but they can be hostages to fortune.

On the other hand, the problem of irregular migration in the UK is to some extent a historical one – a legacy of a period when the asylum system wasn’t working – so a one-off amnesty might make sense for the UK. The Lib Dems suggest that an amnesty would be offered to those who had been in the UK for ten years. This would leave a significant irregular population, and raises questions of how eligibility would be tested.

This isn’t an easy political sell, but neither is it an impossible one. Our research suggests that the public’s main concern about immigration is control – facing up to the problem of irregular immigration is actually a key component to demonstrating control over the system.

So, the election campaign on immigration has been a paradoxical mix of high-profile coverage and continued claims that the issue is somehow ‘off limits’; of significant policy consensus and high-octane political rows. For progressives, the lesson is that policy isn’t enough – this is an issue that shows clearly the importance of getting the politics right. We need a new narrative on immigration, and the next government will face the challenge of writing it.