While the Lib Dems clearly have the most progressive positions on climate and energy in general, none of the parties have detailed plans for what they would do. 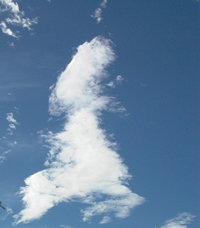 “I was surprised that there is very, very little mention of the environment or of climate change specifically in the election campaign, by party leaders or the media. I find this very upsetting. What has happened?”

In fact, and encouragingly, all three main party leaders have, at different times, described the need to deal with the rapid shifts in our climate as “the great challenge of this generation”. Perhaps it is this apparent rare consensus which explains why climate and energy policy has received very little attention on the campaign trail.

There was one ‘green hustings’ event put on by The Guardian, and another couple that occurred a few days later, one hosted by a coalition of civil society organisations, and the other by the climate sceptic Andrew Neil on the BBC. However, given the extent to which climate change now shapes arguments about our energy security and our economic recovery, you would think the issue would have garnered greater scrutiny overall during the campaign.

With the overarching narrative of the election campaign being shaped by the deficit and arguments about spending priorities, Left Foot Forward has highlighted how climate change presents opportunities for savings through cuts in high carbon spending, but also needs for public funds that will be essential to secure new green jobs, new clean energy industries and emissions reductions.

Just today a YouGov poll published by Press Association said that six out of ten wanted more public money spent on renewable energy, and this follows another poll in the last fortnight that showed two thirds of people want the next government to invest more in these green industries and green jobs, and indeed, a ‘green new deal’ was also one of the most popular policies voted for by readers of this blog. So it is striking that it is over this need to finance clean energy investment that the biggest question mark remains.

Energy analysts suggest the UK needs upwards of £150 billion in new energy infrastructure and efficiency over the next decade, because a third of Britain’s power stations are coming offline. In contrast, none of the three parties is pledging the sort of money most energy experts agree will be needed to make the green switch, and no one is explaining how they would leverage funds from private sources such as pension and sovereign funds either.

Nick Clegg has announced he would plough £3.1bn into a fresh green stimulus, including £400m to re-purpose our shipyards for the offshore wind industry. In fairness, that’s more than twice what Labour has promised and three times the Tories’ offer. Alistair Darling put forward £1bn for the new infrastructure bank, plus £60m for the upgrade of ports on the east coast to accommodate the new wind energy industry, and to help to leverage another £1bn in private equity. There has been no assurance from David Cameron on protecting or increasing clean energy spending – only ideas to reshuffle existing funds.

Scratch the surface of the political consensus that exists, and other substantial dividing lines also remain. For example:

• The Liberal Democrats are the only one of the three main parties to oppose a new generation of nuclear power stations, favouring renewable energy and energy efficiency technologies to secure our power supplies instead.

• The Conservatives and the Liberal Democrats are opposed to the expansion of Heathrow airport, but the Tories haven’t ruled out expansion at other airports in the South East. Labour remains bullish about the third runway proposed for Heathrow, but now say they’d freeze expansion at regional airports during the next parliament.

• On cleaning up the power sector, the Conservatives and Liberal Democrats both favour new emissions performance standards for power stations to rule out coal plants that don’t have a significant proportion of CCS technology to capture and bury some of their emissions. Ed Miliband’s energy bill which passed into law last month doesn’t contain standards to ban highly polluting power stations, but it does compel power companies to fit CCS to capture a small fraction of each new plant’s emissions.

The substantial difference is over what powers are needed to hold utilities to account if they don’t upscale the CCS on plants by the early 2020s. None of the parties are explaining how they would comply with the recommendations of their independent advisers, the committee on climate change, who have said that without either full CCS or closure of coal plants by the early 2020s, Britain won’t meet its targets set out in the climate change act.

• Only the Liberal Democrats (of the big three) are proposing Britain adopt deeper carbon targets. They want the UK to cut by 42 per cent by 2020 on 1990 levels, with Labour and the Tories committed to 34 per cent by the same date.

With polls suggesting either a hung Parliament, or a minority Conservative government, climate change could be brought back to the fore. After all, would a Lib-Lab coalition deal see plans for new nuclear plants and the third runway derailed? Despite broadly progressive positions on a number of green issues, and support from the more Cameroonian wing of his party, would a prime minister Cameron ultimately need to rely on Lib-Lab support to get through climate policies because of a lack of support from his candidates – many of whom are said to be climate sceptic and hostile to clean energy schemes? Equally, given their denier allies on the continent, would a Tory government have trouble negotiating on climate in Europe?

While the Lib Dems clearly have the most progressive positions of the three on climate and energy in general, none of the parties have explained coherently and comprehensively how Britain will create a clean energy surge and slash emissions in line with the climate act. Perhaps that’s why Britain might be on the verge of electing its first Green MP?