A slew of recent reports, profiled at a conference organised on Friday by the UK Energy Research Centre, have challenged the myths on renewable energy. 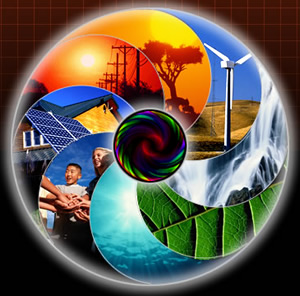 There are three commonly held misperceptions of renewable energy: that the available resource is too small to be useful; that its inherently variable nature is too difficult to manage; and that it is too costly to develop. A slew of recent reports, profiled at a conference organised on Friday by the UK Energy Research Centre, challenge these myths fundamentally.

This week saw the publication of The Offshore Valuation, a major new study supported by a broad consortium of government and industry bodies and coordinated by the Public Interest Research Centre (PIRC), an independent think tank for which I work. It is the first report to attempt a full economic valuation of the UK’s offshore renewable energy resource.

Its findings have been startling: by developing less than a third of the practical wind, wave and tidal resource around the British Isles, we could become a net electricity exporter, generating by 2050 the electricity equivalent of 1 billion barrels of oil per year. Doing so could bring multiple benefits to the UK: £31 billion of revenues from electricity exports to Europe, 145,000 green jobs, and insurance against fossil fuel price volatility.

Other recent reports compound the evidence that, far from being too small a resource to be useful, renewable energy potential is in fact vast. PriceWaterhouseCoopers published in April a scenario for a 100 per cent renewable energy system covering all of Europe, in order “to show that we can be ambitious in our vision”.

Mark Delucchi of Stanford University, speaking at Friday’s conference, presented findings from a recent study that found that:

There may be plenty of wind, wave, tidal and solar energy available – but surely, say detractors, it is simply too variable to be useful: ‘but the wind only blows a third of the time…’; in fact, overcoming renewable variability is a well-understood engineering challenge to which many solutions exist. Various speakers at the conference discussed prospects for a European supergrid, which would go quite some way towards addressing the problems of variable supply.

For example, a low-pressure weather system over Britain, causing wind power output to drop, could be buffered against by importing power from Spanish solar arrays or Norwegian hydro stations. Far from being a pipe dream, this is something that governments are already actively working to build: the new Coalition agreement pledges to “deliver an offshore electricity grid in order to support the development of a new generation of offshore wind power”.

Finally, there is the cost of renewable energy. Clearly, transforming our energy systems from predominantly fossil sources to predominantly renewable ones will require very large upfront costs. But these costs are in fact sound investments which pay back over the lifetime of the installed infrastructure. Furthermore, a new report commissioned by the European Climate Foundation finds that there is very little difference in cost between having a 40 per cent renewable electricity system and an 80 per cent renewable electricity system.

This is hugely significant – effectively meaning that the choice between different energy system outcomes need not be made on the basis of cost differences, but rather on grounds of public acceptability, energy security, job creation and so on. Existing legislation and planning consents mean that we are already on the way to having a 40 per cent renewable electricity system across the EU by the early 2020s. The question is: when will we make the decision to go all-out, and commit ourselves to a fully renewable future?

These new reports show the potential for renewable – the huge size of the potential resource, the opportunities to manage variability challenges, the benefits of a renewable energy system. For these prospects to become reality requires action not in 2050, but now: action to strengthen our 2020 renewable targets and extend them out to 2050, action to catalyse finance for the upfront investment needed, action to develop a European supergrid. Let us hope that the new Government is up to that challenge.

16 Responses to “The environmental and economic benefits of renewable energy”