Leadership candidates are talking about immigration. Neil O'Brien asks: "Will Labour now become an anti-immigration party?" There's no reason why they should. 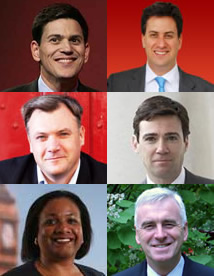 Policy Exchange Director Neil O’Brien asks a pertinent question on the Telegraph blog today: “Will Labour now become an anti-immigration party?” There is no reason for the party to do so although a debate about the public’s true concerns on the issue must take place.

“We were in denial [on immigration]. We were behind the issue all the time, and myths were allowed to develop. There’s still an ambivalence among some in Labour about discussing immigration. I’ve been accused of dog-whistle politics for doing so.

“But it was the biggest doorstep issue in constituencies where Labour lost. People aren’t racist, but they say it has increased tension, stopped them getting access to housing and lowered their wages.”

Earlier this month, the Guardian reported that, “the former schools secretary [Ed Balls] says the Labour government’s policy of toughening the immigration system though the points system was not understood by voters on the doorstep.” Launching his leadership bid, Ed Miliband described immigration as a “class issue“. On Andrew Marr he said it had “different impacts on different people.” While in an interview with this months Progress magazine, David Miliband says one of the reasons that Labour lost was because, “we were seen to be late to the game when it came to some key issues on welfare, immigration”.

So far none of the candidates have announced reactionary policies on the issues but it is critical that they understand what voters really think and what Government can do to address these concerns.

Neil O’Brien today makes two claims about immigration. First, that it has become a “more important issue for voters” and, second, “concern about migration is concentrated where it hurts Labour most: among working class “C2″ voters, in the midlands, and among people over the age of 55”. Ipsos-MORI’s Issues Index shows that race and immigration has become the second most important issue after the economy but only because the importance of crime / law & order, and the NHS has declined. The number of people currently seeing it as an important issue has been roughly the same since 2003 (with a notable decline in 2008-09). And while 38 per cent currently see it as an important issue, only 14 per cent think it’s the “most important” issue.

Mr O’Brien’s figures about concentration are from Ipsos-MORI’s issues breakdown. His conclusions are probably true but the percentages are extrapolated from just 382 people who listed immigration as an important issue implying a margin of error of ±5% at the 95 per cent confidence interval. Using data from Stan Greenberg’s qualitative survey of 1,000 British voters, Michael Burke shows that the “least hostile group of all [with regard to immigration] is among all those who considered voting Labour but did not”. While half Tory voters are “very cool” about immigration, the same is true of just 32 per cent of Labour’s 2005 vote, 25 per cent of Labour’s current voters, and 21 per cent of those who considered voting Labour.

So what do people really think about the issue? A qualitative survey by ippr found that:

“when they are given the space to discuss the issues in detail, self-declared migration sceptics often have nuanced and moderate views on the issue. They are concerned about the scale of recent immigration, but they can also see the benefits of migration for the UK – they respect the hard work of migrants, and the contribution they make (for example to the NHS).

“Crucially, people want the government to be in control of migration.  But control does not mean a drastic limit on net migration – it’s perfectly possible for the government to be in control of a migration system that is flexible and responsive to the needs of the economy.  In fact, what often gives the public the impression that migration is out of control is politicians making promises to ‘clamp down’ on immigration that they then cannot deliver.”

Announcing her candidacy last week, Diane Abbott said last week, “Rather than wringing our hands about the white working class and immigration, we need to deal with the underlying issues that make white and black people hostile to immigration; things like housing and job security. We need to be careful about scapegoating immigrants in a recession. We know where that leads.” John Harris made a similar point in his op ed in Friday’s Guardian:

“Immigration and welfare have become hot-button issues largely because of the insecurities made worse by New Labour’s recurrent refusal to depart from the usual neoliberal script. What of the Blair and Brown governments’ long history of resisting European moves on the white-hot issue of agency workers? To securely propel the workless back into employment, what about some meaningful moves on low pay? Why did Labour fail so miserably on social housing?”

These are the areas that Labour should focus on. Otherwise it risks losing the black and Asian voters, not to mention urban liberals, who are just as much a part of their coalition as the C2s whose loss is so lamented.

I thought worth updating this story with the following from David Coats excellent paper, “Migration Myths: Employment, Wages and Labour Market Performance” published in April 2008 by the Work Foundation:

“Migrant workers have filled gaps in the domestic labour supply, helped to ease inflationary pressures in otherwise tight labour markets and enabled the UK economy to remain on a stable growth path. Moreover, while some studies suggest that high levels of migration can have an impact on the wages of the lowest paid, these effects have been avoided in the UK because the NMW has been rising fairly rapidly. Product markets and labour markets are lightly regulated and the policy mix in the UK is oriented to the rapid absorption of migrants.

“On the other hand, it would be unwise to say that there have been no losers from the migration phenomenon. Indeed, the best evidence suggests that those already detached from the labour market, in other words those identified in the official statistics as ‘inactive’ may have been pushed even further away from participation in the world of work.

“It is important to understand that this problem is neither new nor a direct consequence of high levels of inward migration.”

38 Responses to “Labour must not become an anti-immigration party”