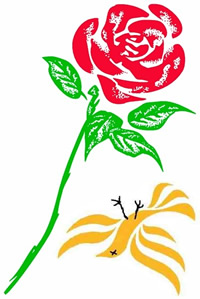 The Labour Party’s membership has shot up since election day, rising by more than 13,000 to 167,000 – a rise of 8.5 per cent, many of them former Liberal Democrat members and supporters displeased and disillusioned by their party’s alliance with the Conservatives. Today’s Guardian reports that 100 people have left the Lib Dems since the coalition was announced, with 400 joining.

One of those to have resigned is Jane Watkinson, who summed up the feelings of many in the Lib Dems by saying:

“If I cannot voice my opposition to the coalition without being said to threaten the actual party, I am afraid my position as a LibDem member is untenable. My policy disagreements are vast, but here are a few I am specfically adverse to:

“I did not like our policies on immigration already, but we are now going to support a total cap – illiberal; we are accepting their eurosceptic stance on EU, saying that we will not let anymore powers go from Westminster to Brussels. Illiberal and out of touch…

“We have removed our commitment to removing Trident, and actually today seeing the confirmation of more nucelar power; we can only abstain against many Tory proposals such as marriage tax, higher education policies that may include an uncaping of the tution fees.

“Inheritance tax is not dropped – will most likely reappear; it is undemocratic to have a new 55% majority to bring down the govrenment, basically securing the term; we are going to cut at a much faster and deeper rate, something Vince Cable had said would threaten a double dip recession.“

The testimonies of some of the new Labour Party members can be found here. Among the reasons cited are:

• “Because I was appalled that Nick Clegg has backed the tories.”

• “I really regret my tactical vote in the election and want to support the party I want to govern the United Kingdom.”

• “I made the mistake of voting for the Liberal Democrats, first, and last time.”

• “Previously having been a Liberal Democrat, I was disgusted to see them ‘sell out’ by allying with the Tories and would like to support the only major progressive party left.”

• “Frustrated at tactically voting Lib Dems who then form an alliance with the Tory party. Will never vote Lib Dem again and stick and support Labour.”

• “I am a former Liberal Democrat supporter who feels betrayed by their coalition with the Conservatives – I now feel Labour is the only viable progressive force in British politics.”

Additionally, John Healey, housing minister under the last government, is calling for former Lib Dem members who wish to join Labour to be given six months’ free membership, and Progress has called for a more open Labour Party membership policy, in which new members pay £1 now for six months and enjoy voting rights in the leadership election.

55 Responses to “Labour membership up 13,000 as angry Lib Dems desert”