The media are telling us about growing – and unsurprising – unease within the Liberal Democrats over the idea of a deal with the Conservative Party. 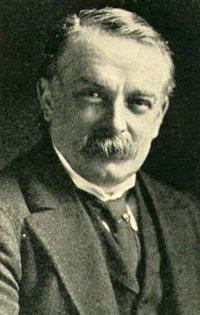 The media are telling us about growing – and unsurprising – unease within the Liberal Democrats over the idea of a deal with the Conservative Party. We should not make the mistake that Lib Dems are all really just Labour supporters in disguise, with an automatic preference for a centre-left compact. But a deal which is perceived as failing at least to provide the serious possibility of proportional representation (which should not, incidentally, be confused with the Alternative Vote) while compromising core Lib Dem values seems likely to have serious repercussions for the organisational and electoral cohesion of the party.

Liberals have worked with Conservatives before (see the Democratic Audit pamphlet ‘Governing without Majorities’), so we should not be shocked by their trying to do so again. But while the historical evidence might suggest that a deal could happen, it also contains some portents that are worrying for the Lib Dems. Coalitions between Liberal and Conservative politicians have involved serious splits taking place in the Liberal Party, along with major damage to its electability.

The Liberal Unionist/Conservative coalitions of the late nineteenth/early twentieth century can be traced to the fissure in the Liberals which accompanied the departure of Joseph Chamberlain from the Gladstone Cabinet in 1886. Chamberlain disagreed with Gladstone’s proposal of Home Rule for Ireland. The split meant that the Liberals did not win a General Election outright on its own for another twenty years.

Liberals and Conservatives worked together in the war-time coalition government from 1915. The supplanting by David Lloyd George of his fellow-Liberal Herbert Asquith as head of the coalition late in 1916 caused another rupture in the Liberals, that lasted for a decade.

The General Election of 1918 – with Asquithian Liberals fighting against Lloyd George’s National Liberals – saw the Liberals eclipsed by Labour as one of the main two parties in British politics; a position the Liberals have never regained.

Working with the Conservatives, then, has not been good for the Liberal Party in the past. But what has it meant for the individual Liberal politicians who engaged in this collaboration?

Joseph Chamberlain was able to see some of his ideas on domestic reform implemented; and to hold the post of Colonial Secretary at a time when the British Empire was at its zenith; before prompting a serious split in another party, this time the Conservatives, over the issue of tariff reform.

Lloyd George came to be acclaimed as the man who won the Great War; although he was subsequently dumped as Prime Minister in 1922 by the Conservatives, who made up the bulk of his base in Parliament.

It is plausible that a bargain in 2010 between Lib Dems and Conservatives could – like its predecessors – be associated with a major rupture in and electoral damage to the Lib Dems. When the Conservatives decide Nick Clegg is of no further use to them, should we suppose he will be more or less difficult to dispense with than was Lloyd George?

And when that time comes, will Clegg be able to console himself with personal or political achievements on the scale of Chamberlain or Lloyd George? A post in Cabinet, if he goes down the full coalition route, or some input into second order policy issues, will not amount to such a record, and would be hard to justify splitting his party over, to himself or anyone else.

If Clegg were to secure the introduction of a system of proportional representation for elections to the House of Commons, he would moving closer to the Chamberlain/Lloyd George league. But this reform does not seem to be on offer, at least from the people he is dealing with now.

7 Responses to “Could a Lib-Con alliance split the party?”