Yesterday the new coalition government announced it is to “review libel laws to protect freedom of speech” as part of a welcome and much-needed package. 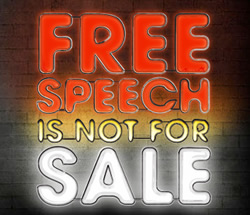 Michael Harris is public affairs manager of the Libel Reform Campaign, a joint NGO campaign by English PEN, Index on Censorship and Sense About Science

Yesterday the new coalition government announced it is to “review libel laws to protect freedom of speech” as part of a welcome and much-needed package to reinvigorate our civil liberties. Recently, there have been yet more absurd libel cases; Hardeep Singh’s case with an Indian spiritualist is reported by The Guardian, while on Monday blogger Dave Osler narrowly avoided a punishingly expensive libel.

“That I came close to facing a two-week jury trial because some bright spark made a wisecrack about cream-laden confectionary typical of the Black Forest region of Germany borders on the surreal.”

“It was only because of the expertise and time spent of Robert, William, and myself, that we were able to identify the technical bases for the application to strike out; there was no way that any lay person could have realistically done this. This case would have proceeded to trial.

“Libel abuse has to stop.”

The continuing stream of cases highlighting the state we’re in contrasts with the encouraging noises made by the three main parties prior to the general election. The Labour Party manifesto said (page 63):

“[We will] bring forward new legislation on libel to protect the right of defendants to speak freely.”

This was the first Labour party manifesto in recent history to include such a commitment, while the Conservative Party manifesto said (page 79):

“We will review and reform libel laws to protect freedom of speech, reduce costs and discourage libel tourism.”

“[We will] protect free speech, investigative journalism and academic peer-reviewed publishing through reform of the English and Welsh libel laws — including by requiring corporations to show damage and prove malice or recklessness, and by providing a robust responsible journalism defence.”

The manifesto pledges came after 50,000 people signed the Libel Reform Campaign petition, with tens of thousands of items of correspondence going to MPs across the country. In the last Parliament, 249 MPs signed Early Day Motion EDM 423 on libel law reform which backed our campaign.

During our campaign, we managed to persuade then justice secretary Jack Straw to set up a working-party into reform of these laws which reported after the culture, media and sport select committee’s investigation into the chilling effect of our libel laws on freedom of expression, which Left Foot Forward reported in February.

So although the commitment to “review” is highly welcome, it is perhaps a little modest. Two separate committees have published concrete recommendations on how libel law should be reshaped this year alone, with the English PEN / Index on Censorship ‘Free Speech Is Not For Sale’ report released last November. Another lengthy review may mean the coalition breaks the pledge of the pre-election Tory shadow justice secretary, Dominic Grieve QC, for libel reform within the first year of a new Parliament.

The public voted in a government who pledged to reform our antiquated libel laws. With recent cases reiterating the chilling effect that these laws have on bloggers, writers, human rights activists and scientists, and an evidence base and clear analysis already in the public domain on what needs to be done; we need reform, not just another review.

11 Responses to “Coalition must reform libel laws, not just “review””