Today’s Guardian reports that the new Lib Dem/Tory Chancellor George Osborne has made plans to cut spending on child benefit by ‘targeting’ the benefit. 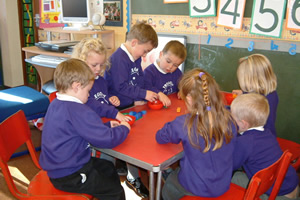 Today’s Guardian reports that the new Lib Dem/Tory Chancellor George Osborne has made plans to cut spending on child benefit by ‘targeting’ the benefit: means-testing it to exclude the ‘middle classes’; child Benefit is a large item in the Government’s budget, costing about £11.5 billion a year – but means-testing it is likely to save less than ministers may hope.

As a universal benefit, it is very cheap to administer, but means-testing would require hundreds, possibly thousands of extra staff and a new IT system. The cost varies, but in previous years administration has cost about 1 per cent of the spending on the benefit itself. The need for new IT would also mean that this policy would be hard to introduce quickly.

Another reason why the policy might not be the terrific wheeze some imagine is that children are concentrated at the bottom end of the income distribution. Only 13 per cent live in families in the top fifth, 73 per cent in the bottom three-fifths. Saving billions would require cuts that hit people who would certainly feel the loss – £20.30 a week is a big item for most families.

Child benefit is a vital element in any anti-poverty programme. Take up rates are around 97 per cent, compared with 81 per cent for child tax credit, the nearest means-tested equivalent. This is important because the people most likely to miss out if child benefit is restricted to the poorest are those who find it difficult to deal with the complex forms that are an unavoidable feature of any means-tested provision.

We know that shame and stigma are terrible aspects of poverty. Repeatedly, people in poverty say that being excluded from the mainstream and the lack of respect they experience every day are as bad as the stresses and strains of coping on a low income. Universal benefits are a badge of citizenship; there is no shame in claiming what everyone else can get as well. Means-tested benefits are a badge of poverty, claiming them is a necessity, but it never makes anyone feel good.

One interesting aspect of this story is that it reveals how difficult it will be to embarrass ministers in the new government when they go back on promises made in their manifesto or during the campaign. There was no mention of the policy in the Conservative manifesto and Philip Hammond, speaking for the Conservatives on Newsnight in the middle of the election, specifically ruled it out. Normally one would expect a decent interval before such blatant reneging on a commitment, but the Conservatives can claim that this is a policy they ‘conceded’ to the Lib Dems: on the same programme, Vince Cable insisted that it would not be responsible to rule out the policy.

In fact, it is doubtful whether this really is Liberal Democrat policy: back in September Nick Clegg floated the idea and was immediately squashed by Steve Webb (now a work and pensions minister). Webb really does know his stuff and neither Cable nor Clegg was willing to stand up to him at the time. Now things are different: child benefit is administered by HMRC, a Treasury agency that Webb has no powers over as pensions minister at DWP; he will, however, be prevented from criticising the move by collective responsibility.

Jilly Cooper once remarked that all child benefit meant to her was an extra bottle of Sainsbury’s champagne at the weekend, and politicians in the coalition may imagine that this is all people will miss. But, as I’ve indicated, serious savings will mean hitting people with much lower incomes than Ms Cooper and this may not be an easy policy for the coalition to sell.In October, when the Conservatives announced plans to take tax credits and the child trust fund from middle class families the Daily Mail threw a wobbly, with the headline:

“Better off families to lose tax credits and baby pay-outs”

Families value child benefit, taking it away from the people the Conservatives normally hope to win support from may rouse the back benches. The ‘Fowler Reviews’ of the mid-1980s wisely left child benefit alone, but Mrs Thatcher tried to strangle CB by freezing it – a policy that proved to be tremendously unpopular with Conservative voters. One of the first things John Major did when he became PM was to return to annual uprating of CB – he knew the importance of keeping his base on side.

In the end, I hope that the coalition – and especially the genuine progressives in it – decides to reject this policy. I hope they do so for all the reasons I’ve listed in this article; but I also hope they reject it for political reasons. The advantage of universal benefits is that they build up a common interest in the benefits system. As research for the Fabian Society has shown, there is widespread support for a welfare state built on reciprocity.

Political generosity is at its highest when the system offers something for everyone – and weakened when we divide society into those who pay for welfare and those who receive it. A means-tested benefit system will always be meagre and grudging, because the middle classes will be tempted to believe the worst of those who claim the benefits they are paying for. Far from being a progressive step, taking benefits from the middle classes will result in a worse deal for the poor.