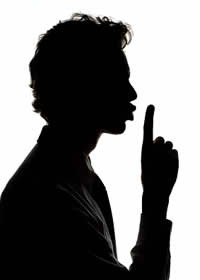 Following Left Foot Forward’s report yesterday of David Cameron failing to make the Welsh Assembly Government aware of his policy on the date of a referendum for more law making powers for Cardiff, the voice of Wales in Government is now set to be silenced.

In publishing the list of cabinet committees, the Government has indicated that the Welsh Secretary will have membership of just one committee on home affairs, with no seat on the parliamentary business and legislation committee which in part has responsibility for approving Legislative Competency Orders (LCOs) granting extra legislative powers to the Welsh Assembly.

“This raises issues… about Wales: what about framework powers, or timetabling LCOs?  The ability of Cheryl Gillan to affect this area looks limited by her exclusion here.”

“I can’t quite believe that the new Welsh Secretary will only be sitting on one Cabinet committee. You have to wonder what she will be doing with her time.

“In virtually every big decision David Cameron has made since becoming Prime Minister, he has forgotten about Wales. Now he seems to have forgotten about his own Secretary of State. In contrast, Danny Alexander, her Scottish counterpart, will sit on eight committees.”

The developments come as more questions are raised about the Coalition’s understanding of Wales and the devolution settlement. Questioned on BBC Radio Wales about the Holtham Commission’s discovery that Wales lost out to the tune of £300 million under the Barnett Formula, Cabinet Office Minister, Francis Maude, said:

“Well that’s not a matter that was a key part of what that commission was looking at frankly. We are looking to have a referendum in Wales on further powers for the Assembly and that will be looked at in the course of this year.”

Mr Maude’s comments showed a staggering ignorance of the politics of Wales, since it was the All Wales Convention, chaired by Sir Emyr Jones Parry, that made recommendations on further powers, not the Holtham Commission about which the question was based.

“This shows a staggering lack of understanding about the politics of Wales and unfortunately yet again highlights that Wales is nothing more than an afterthought to the London-based parties.”

And to add insult to injury, following a meeting with the electoral commission on the wording of a referendum on further law making powers for the Assembly, Welsh Secretary Cherly Gillan reported that:

“They also restated the mandatory obligation for a 10-week period of consultation on the Question.”

Her statement overlooks the fact that there is no mandatory obligation. Speaking to the Western Mail, Rhydian Thomas, deputy head of the Electoral Commission in Wales said:

“There is no mandatory obligation for there to be a 10-week consultation period, although we have expressed our view that such a period is desirable. But if we were asked to produce a report within a week, we would do so.”

Both David Cameron and Cheryl Gillan will be hoping their future dealings with Wales will prove more fruitful than their first few weeks in office. If not, David Cameron’s calls for respect between Wales and Westminster will prove hollow.