UKIP have issued a leaflet comparing immigration in the UK to the plight of Native Americans in the 19th century. Many were subjected to acts of genocide. 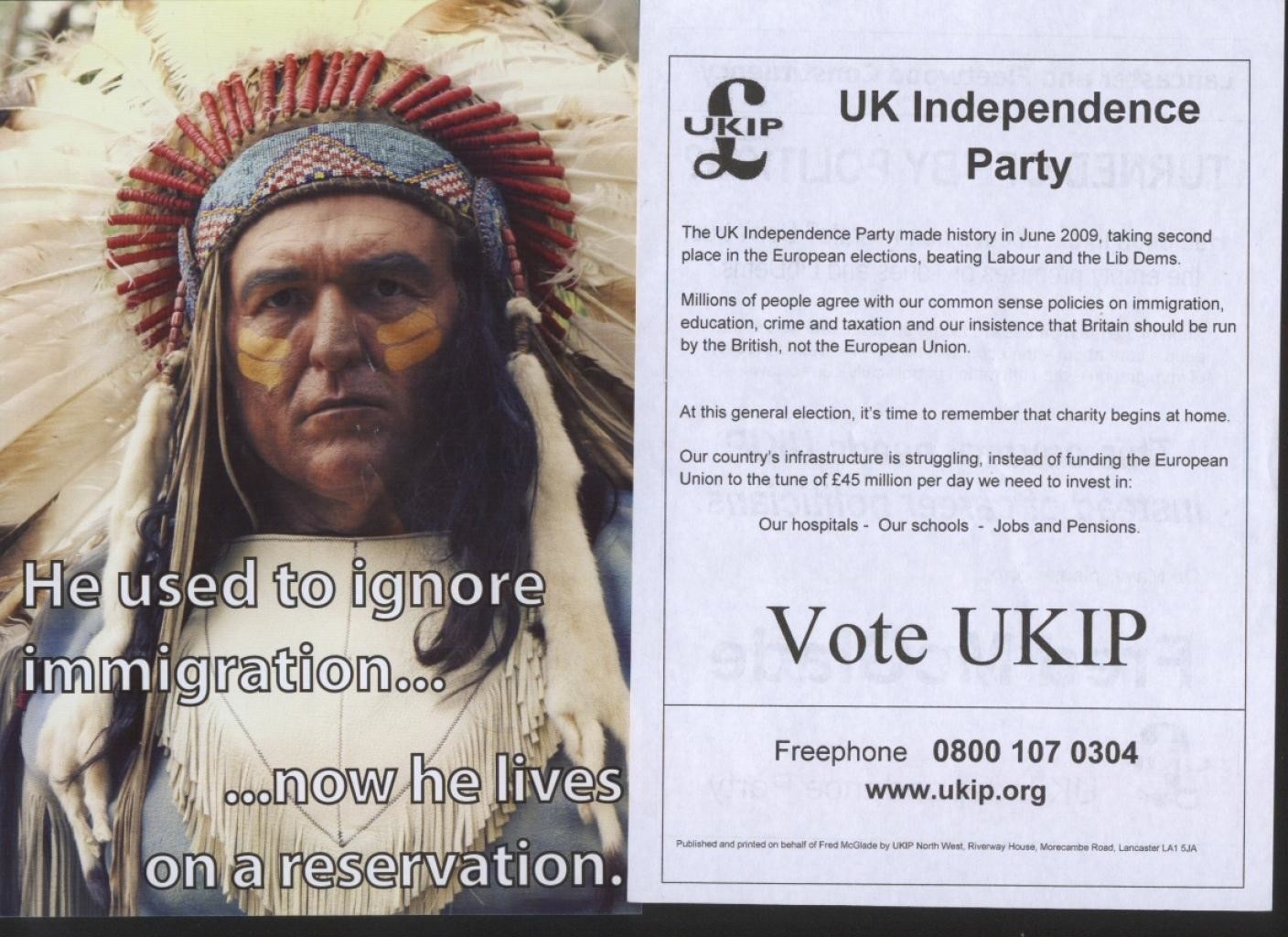 The UK Independence Party have issued a leaflet in Lancaster which compares immigration in the UK to the plight of Native Americans, an indigenous people removed from their land in the early nineteenth century – and in many cases subjected to acts of genocide.

The leaflet, uploaded on The Straight Choice – the election leaflet project, depicts a Native American in full head dress with the caption: “He used to ignore immigration … now he lives on a reservation”.

David Cesarani, an English historian who specialises in Jewish history, states in Holocaust: Critical Concepts in Historical Studies: “in terms of the sheer numbers killed, the Native American Genocide exceeds that of the Holocaust”.

Tonight, the Freesteel blog writes that:

“Some quick checking on-line searching traces this particular idea to the right wing Northern League in Italy in their 2008 elections. (link) Even though they don’t have a StraightChoice.org, their posters are available on their website. The funny thing is I always thought that italians were better dressed than that baggy green sweater guy.”

34 Responses to “UKIP compares immigration with oppression of Native Americans”