Immigration isn’t attracting the same kind of attention in this election campaign that it has in the past (or at least it wasn’t until ‘bigot-gate’...) 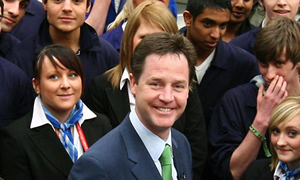 Immigration isn’t attracting the same kind of attention in this election campaign that it has in the past (or at least it wasn’t until ‘bigot-gate’…).  This is in part because, although you’d never know it from the political rhetoric, there’s a good deal of consensus between the parties.  The current government has made significant progress in reforming the immigration regime, and the Conservatives and Lib Dems don’t disagree with the basic policy ‘building blocks’ that are now in place: free movement within the EU, the Points-Based System (PBS) for work/study migration, and a much improved (if still far from perfect) asylum regime.

Given the current polls, and the fact that immigration is rocketing up the agenda, it seems worth taking a look at the areas where the Liberal Democrats would introduce significant changes.

An earned amnesty for irregular migrants

In principle, this is a sensible and brave policy position.  There are between 500,000 and 750,000 irregular migrants in the UK, and it is simply not credible to suggest that they all be removed.  Unless we are prepared to tolerate the exploitation and costs to society which stem from irregularity, some kind of earned regularisation is the only viable option.

This said, there are still questions to be answered about how a Lib Dem amnesty would work in practice.  One-off amnesties are more politically-appealing than the provision of ongoing routes to legal status, but they can be hostages to fortune.  On the other hand, the problem of irregular migration in the UK is to some extent a historical one – a legacy of a period when the asylum system wasn’t working – so a one-off amnesty might make sense for the UK.  The Lib Dems suggest that an amnesty would be offered to those who had been in the UK for ten years.  This would leave a significant irregular population, and raises questions of how eligibility would be tested.

This isn’t an easy political sell, but neither is it an impossible one.  Our research suggests that the public’s main concern about immigration is control – facing up to the problem of irregular immigration is actually a key component to demonstrating control over the system.

This responds to a real problem, which is that immigration rules are national, but needs and impacts are local (e.g. Scotland is keen to attract more migrants).  But a regional PBS won’t provide a real solution.

It would further complicate a system that is already difficult for employers and migrants to navigate.  As Chris Huhne as clarified today, the system could only restrict where people live, not where they work, which means that this would, at best, be an indirect way of controlling local populations.  The existing PBS also already allows regional flexibility.  If there are regional labour shortages, the system automatically allows employers in those regions to recruit more migrant workers because it will be easier for them to demonstrate that they have not been able to recruit locally.

However, a regional approach to immigration policy does have one thing to recommend it – it’s a way of politically recognising the different local and regional contexts for the debate.  That’s not to be sniffed at.