The centre-left pressure group, Compass, last night emailed their members. A ballot has opened on whether the party should overtly support tactical voting. 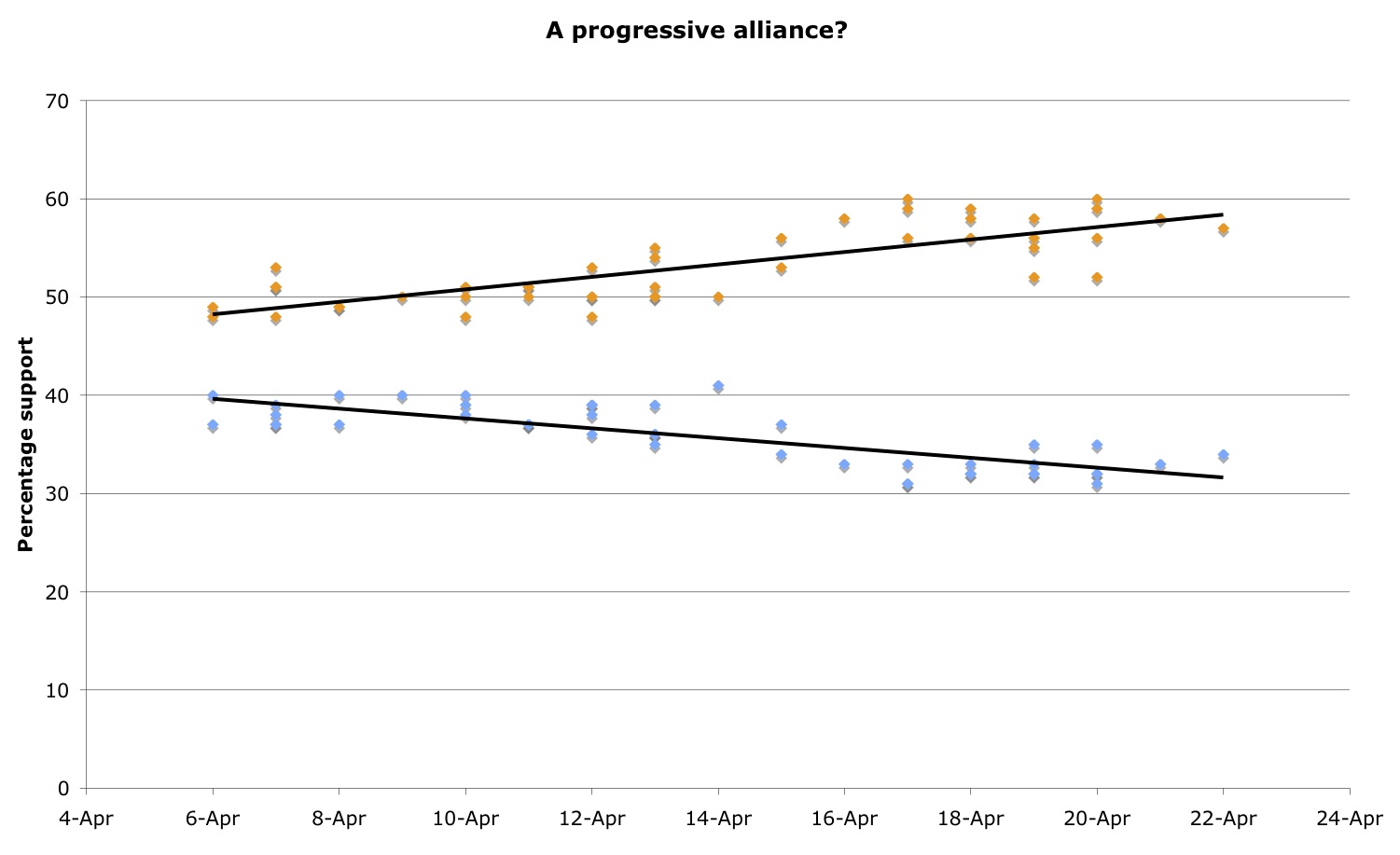 As reported in today’s Guardian, the left-wing pressure group Compass, last night emailed their members informing them of a ballot taking place this week on whether the party should overtly support tactical voting.

The email to Compass members says:

“Something seismic could be happening in British politics which reflects the Compass view of a more pluralistic and tolerant progressive democracy. However, while Compass is not affiliated to the Labour Party many Compass members are also members and supporters of Labour…

“One key factor that would potentially ensure [that David Cameron] is not elected Prime Minister is if we can encourage widespread and effective tactical voting. That is why this issue is so important for the future of progressive politics and why we are asking the question.”

The move follows an uptick in the so-called ‘progressive majority’ of Labour and Lib Dem support. As the graph below shows, the combined vote of the two parties has increased since the start of the campaign as the surge in support for Nick Clegg has squeezed the Tories below 35 per cent for the first time since 2007.

As Left Foot Forward showed last year, the combined support for the two parties has exceeded 50 per cent in every election since 1945. But the move will be opposed by Labour and the party has today upped its attacks on the Lib Dems. David Miliband criticised the “anti-politics” of the Liberal Democrats in a Guardian interview.

“I’m not a member of Compass. But if I was, I’d be backing the move. Why? 1) Progressive coalitions are good things. 2) Labour tribalists are short-sighted and self-destructive. And 3) Lib-Lab tactical voting might be the only method left of denying the Tories victory on 6 May and preventing a disastrous Cameron premiership.”

21 Responses to “Is Britain heading for a progressive majority?”