David Cameron’s contention that he is "the most pro-BBC Conservative leader there's ever been" doesn’t stand up to scrutiny. 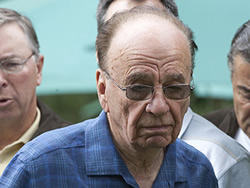 David Cameron’s contention that he is “the most pro-BBC Conservative leader there’s ever been” doesn’t stand up to scrutiny. There is only one test as to whether or not he is pro- BBC and that is what would he do with the licence fee. During Cameron’s austerity phase, when he and the Tories were salivating over cuts in public spending and cuts in the state, the licence fee was firmly under threat.

At that time Cameron, as he is now doing in the Radio Times, maintained that he supported the BBC, it was a ‘fantastic cultural asset’ which had to ‘prosper’ he said. Yet he wanted to freeze the licence fee immediately. According to the BBC Trust this would mean £80 million in unplanned cuts.

Of course we now know that the BBC capitulated to the Murdoch Empire after complaints that its free website which was outs-tripping its commercial competitors had dislocated the media market. So cuts were put in train as were plans to chop the popular radio station 6 Music and the Asian network.

The BBC blinked first and now with a general election that is ferociously unpredictable and one where Murdoch’s influence has been reduced, perhaps they wished they hadn’t. Life was so simple before this election campaign threw everything into a state of flux. The price for Murdoch’s support to get him into No 10 Cameron was to turn Ofcom into a toothless tiger thus paving the way for a Fox style news.

The BBC would be diminished and Murdoch, possibly junior, would be able to take over his dad’s the role in British politics. As Lance Price when he was working in Downing Street put it Rupert was the 24th member of the Cabinet, rarely heard but whose presence was always felt.

If it wasn’t so serious it would be a delicious irony that it was Murdoch’s empire that pushed for the TV debates. No doubt assuming that a former spinner for ITV would be able exploit his knowledge of television on his way to the premiership. Cameron proclaiming that he is pro-BBC could be his revenge for Cleggmania.