Alistair Darling's Budget was an opportunity to address the inequity of tax avoidance. He took it but there's still more to be done. 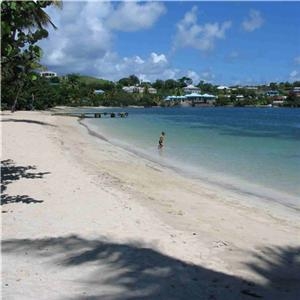 Alistair Darling’s Budget was an opportunity to address the inequity of tax avoidance. He took it but there’s still more to be done.

When someone earning a lot of money, over £100,000 for example, chooses not to pay their taxes it is those on lower incomes who have to pick up the tab. It is estimated that £25 billion is lost every year to tax avoidance and tax evasion in the UK by the wealthiest individuals and companies. The budget was an opportunity to address this injustice.

Alistair Darling’s announcement today on new information exchange agreements to combat tax avoidance with three new countries – Dominica, Grenada and Belize – is a step in the right direction, as is the announcement of £500 million extra tax revenue gained through introducing new tax agreements.

Both of these measures indicate the government’s commitment to closing in on tax avoidance and should be welcomed by all those who want to build for a fairer society.

With an election just around the corner, closing in on tax avoidance, which was not only supported by 77 per cent of the public in a poll that Compass carried out last year, but is also part of creating a fairer tax system generally, has got to be a good idea.

If the government’s commitment to ending tax avoidance in the UK is followed by further measures to combat tax avoidance, like announcing a consultation on introducing a General Anti Avoidance Principle, in the manifesto this will be an excellent mandate for a fourth term built on the principles of fairness.

4 Responses to “Tackling tax avoidance is the fair way forward”