The Scottish National Party are at the centre of another smear row, centring on the recent death of 18-year-old Labour party member Danus MicKinlay. 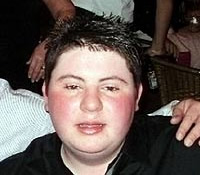 The Scottish National Party are at the centre of another smear row, centring on the recent death of 18-year-old Labour party member Danus McKinlay. Mr McKinlay was a close friend of Steven Purcell, Labour’s rising star, who earlier this month stepped down as leader of Glasgow city council as a result of exhaustion and stress.

Responding to his death, Alan Clayton, listed as a political contact in the constituency office of SNP enterprise, energy and tourism minister Jim Mather, used an email newsletter sent under the auspicious of the Media Watch campaign he helps to run to allege that McKinlay had collapsed as a result of crack cocaine use. This was despite their being no evidence of such drug use, with an underlying health condition believed to have been the cause.

“Eighteen-year-olds just do not drop dead in the street without good reason. Was MacKinlay [sic] being supplied with crack cocaine? It is a quite massively expensive addiction and well beyond the financial means of an apprentice. Was someone giving it to him and if so whom?”

Responding to the SNP smear, a spokesman for Mr McKinlay’s family said:

“Everyone is distraught. They don’t understand why a man they’ve never heard of would hurt them. They want to grieve in peace.”

Clayton’s comments came less than a week after he sparked fury over a false rumour that the former Labour leader at Glasgow council, Steven Purcell, was dying of a “lethal viral infection”. It was dubbed by Glasgow Labour MP John Robertson as “outrageous”. In another example of SNP smears, last year, an aide to education secretary Mike Russell, Mark MacLachlan, was forced to quit over using a blog to make false attacks and allegations over the sex lives and behaviour of leading opposition figures.

“There is something rotten at the heart of the SNP and Alex Salmond cannot wash his hands of it any longer. If he stays silent and does nothing, he is condoning it. The SNP should take disciplinary action against any member who spreads this sort of material and the first minister should personally apologise to the family of Danus McKinlay.”

“Smearing other political parties is unfortunately a part of SNP politics, but smearing the McKinlay family’s dead son is repugnant and unacceptable. Alan Clayton is not just an ordinary SNP member. he is at the heart of the party, works closely with a minister and has links to Cabinet secretaries.”

In response, the SNP have launched disciplinary proceedings against Clayton headed by the party’s national secretary and disciplinary committee. A spokesman for the party said:

“The committee has powers to discipline ordinary members of the SNP after examination of their conduct. Although the party has no control over his e-mails, Mr Clayton has also been asked to apologise to the family concerned for any distress he may have caused them.

“The national secretary does not consider speculation over the tragic death of an 18-year-old a suitable matter for public comment.”

Clayton has since apologised, adding:

“There are no allegations but the question had to be asked.”

It has often been discussed just how influential the virtual election campaign will be this year, through blogs and social networking sites. Whilst such online resources prove an invaluable opportunity to discuss and debate issues in a full and frank manner, with influence should come responsibility. The bottom line should be to refrain from the sorts of personal attacks that cause unnceccasruy hurt to people and the sorts of lurid rumours and allegations that have long stigmatised the blogosphere in particular.

Clayton’s shocking comments were not only wrong and whole inappropriate, but were an affront to the true spirit and purpose of political blogging.