The Science Museum exhibition in question is sponsored by Shell, one of the biggest oil companies in the world and one of the most controversial multinationals. 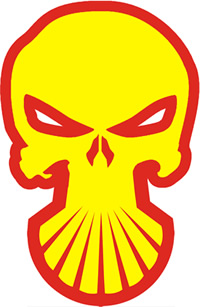 Yesterday The Times reported plans by the Science Museum to change the name of its exhibition on climate change in response to a perceived increase in public scepticism about the science of global warming.

The report said that:

“The museum is abandoning its previous practice of trying to persuade visitors of the dangers of global warming. It is instead adopting a neutral position, acknowledging that there are legitimate doubts about the impact of man-made emissions on the climate.”

“The Science Museum will not state a position on whether or not climate change is real, driven by humans or threatening.”

This was quickly seized upon by the most prominent climate denial websites.

Left Foot Forward now understands that the exhibition in question is sponsored by Shell, one of the biggest oil companies in the world and one of the most controversial multinationals in large part due to its climate wrecking practises and disinformation campaigns about climate science.

In the United States, Shell is part of the American Petroleum Institute, the organisation leading the campaign to peddle anti-science propaganda, and to orchestrate “astroturfing” “fake grassroots” campaigns against Obama’s clean energy reforms and the regulation of greenhouse gases.

In Canada, Shell is producing tar sands – the dirtiest oil there is, whilst here it is pulling out of renewable schemes. You have to ask: Is the Science Museum really representing the real scientific community, or pandering to the wishes of their corporate sponsors?