How should reformers greet the government’s proposals, leaked to the Telegraph last week, to abolish the House of Lords and replace it with an elected “Senate”? 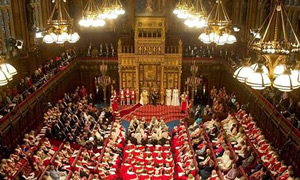 Guy Aitchison is a campaigner with democracy group Power2010

How should reformers greet the government’s proposals, leaked to the Telegraph last weekend, to abolish the House of Lords and replace it with an elected “Senate”? The full details of the plans are not yet known, but justice secretary Jack Straw is expected to propose a senate of 300 elected members who must be resident in the UK for tax purposes and can be ejected via a US-style “recall” ballot.

They will serve terms of 15 years with a third of the senate elected at one time, by a proportional voting system, on the same day as elections to the Commons. The Conservatives have condemned the planned announcement as a pre-election manoeuvre designed to present Labour as the party of “reform” and cosy up to the Liberal Democrats in anticipation of a hung Parliament, whilst Lib Dem home affairs spokesman Chris Huhne accused the government of a “deathbed conversion”.

As with Labour’s last-ditch plan for an AV referendum, it is hard not to agree about the cynical nature of the timing, especially given Labour’s 13 years in office when they had all the opportunities they needed to reform the Lords.

However, the proposals do represent an improvement on previous attempts at reform which would have allowed hundreds of appointed peers to remain. And the fact 15-year terms are being considered suggests Labour may, at last, be thinking seriously about fixed terms for the Commons too. But there are still many unanswered questions.

Three in particular stand out:

• Would automatic religious representation be maintained? There are worrying rumours that it would, thus preserving Britain’s unique status as a semi-theocratic Western democracy. It is bizarre that this is even being considered as there is no legitimate reason for it and no real demand. As an ICM poll for Power2010 showed, 74 per cent of voters think unelected bishops should have no place in the legislature – with only 21 per cent believing they should – while 70 per cent of Christians want the bishops gone against 26 per cent in favour of keeping them.

As Polly Toynbee put it on Monday, if the religious want to make laws let them “stand for office alongside everyone else, with no reserved benches that honour their office and their dogma instead of their individual qualities.”

• What form of electoral system is being proposed? Will it be a closed list system, as in European elections, that will allow the parties to choose the candidates and thus extend their stranglehold over Parliament even further? Or will it be an open list system, where voters influence which candidates are elected, making an independent and pluralist second chamber more likely?

• When will the appointees and hereditaries be gone by? In the past the justice secretary has said it may take several decades to fully replace the Lords with an elected chamber as existing members will be allowed to stay put until they die. This is intolerable: we’ve been waiting a century for reform and another half century is just too excruciating to bear thinking about. I suspect ministers are secretly keen on this as they hope for a cushy retirement in the Lords themselves. So we should say loud and clear: “No more Lords!”

In addition, there are important questions to be addressed about what kind of powers a reformed chamber would have, in particular whether the Parliament Act would need to be repealed if we have a democratically legitimate second chamber. So we await the proposals with interest – and not a little dismay that having taken so long, these fundamental reforms are being exploited to create more “dividing lines” ahead of an election.

A proposal for a fully elected second chamber is on the five-point Power Pledge which all candidates are being asked to sign up to ahead of the election. Sign the pledge here