The Conservative education policy has raised many pertinent questions and failed to acknowledge others. Left Foot Forward poses key questions for Michael Gove. 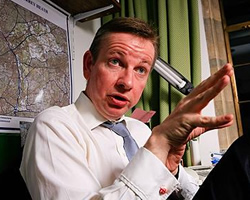 The Conservatives are limbering up for a grand showcase of their education policy at a conference organised by the Spectator tomorrow. With the bold title of “The Schools Revolution”, the event will gather together the leading thinkers behind the party’s schools strategy.

Education is one area where the Conservatives have not shied away from outlining seemingly radical proposals relating to Ofsted inspections, excluding pupils, discipline and, most controversially, the adoption of the controversial Swedish “Free Schools” model which sees parents taking control of schools.

Mikael Sandstrom, the Swedish State Secretary – “one of the world’s leading authorities in school liberation”, according to the Spectator’s website – will be one of the speakers present, discussing such questions as “Will there be such a thing as an education industry?”

He has been calling for the Tories to commit to allowing such schools to make profit.

So far as it has been outlined, the Conservative education policy has raised other pertinent questions and failed to acknowledge others. In advance of the conference, we would like to ask:

Where is the evidence free schools will improve standards?

There is no clear evidence that a school re-branded as an academy improves for any other reason than it receives extra start-up funds and a less suffocating grip on student suspension/exclusion policies.

Why should we expect that a school independent from the local authority is intrinsically better? A recent report from the LSE concluded that free schools are not cost-effective and may not make any difference to the education status quo.

We need to be clear why we are going down this route.

How can the Tories ensure these schools won’t cream-off students from more affluent families?

The Tories have promised members of “parent promoter” groups that they will jump the admissions queue and automatically get places in their own schools.

These schools will create unfunded surplus places with the idea that unfettered competition drives up standards. This will cause havoc for head teachers and governors to plan year-on-year efficiencies.

Would free schools be encouraged to take poorer pupils?

Per Thulberg, director general of the Swedish National Agency for Education, has said that free schools have led not only to falling standards but to rising segregation in Sweden.

He told Newsnight last month that where these schools had improved their results, it was because the pupils they took had “better backgrounds” than those who attended the institutions the free schools had replaced.

How will the Tories afford the estimated £1bn cost of the pupil premium?

The Tories say they will encourage schools to take poor students with a pupil premium incentive but a study by the Institute for Fiscal Studies released yesterday claimed that the model the Tories are considering would lead to 57 per cent of secondaries and a third of primaries receiving less money.

We need to see detailed analysis.

Why should parents be denied a voice over academies?

One of Gove’s proposals is to deny parents a ballot on whether their child’s school should convert to become an academy or not – a clear piece of hypocrisy. If academies are so popular, why are the Tories so afraid to let the local community have its say?

What will the Tories do to address this problem of the middle-classes playing the system?

Last week, the Sutton Trust revealed that hundreds of the best-performing comprehensive schools are covertly selecting students from more affluent backgrounds and blocking those from more deprived families.

How will the proposed new exclusion policy help the most vulnerable children?

The Conservatives promise to scrap parents’ right to appeal if their child is permanently excluded as part of a drive to tackle bad behaviour in schools at the same time as think tank Demos publishes a report which said school exclusions should be abolished because they punish the most vulnerable children.

Who will ensure high standards are maintained?

One of Gove’s proposals is to make schools ranked outstanding by Ofsted exempt from further inspections. We already have an inspection system that sees weaker schools inspected more often and high performing schools less often.

Last year’s annual report by chief inspector of schools Christine Gilbert revealed that  – of the schools ranked outstanding in their previous inspection – 19 per cent had been rated as merely good in the following inspection, two per cent satisfactory and one per cent inadequate.

The Tories say that outstanding schools will be monitored by central government – perhaps Gove himself?

What will happen to Ofsted?

Ofsted in any case has become a discredited and expensive institution, costing the same as 5,000 teachers. The political parties are lurching from model to model again without clarifying what it wants from the inspectorate and why.

It sits as an external rather than an integrated force within a nationwide education strategy. A future government needs to hold a nationwide enquiry and consultation into what Ofsted is supposed to be achieving in light of national needs.

What’s with the micromanagement?

The Conservatives push a choice agenda, yet are strangely prescriptive when it comes to best practise in schools. Tories worry about uniform and standing up when the teacher enters the room.

The most obvious question still needs to be answered: Are we happy to stand by and watch the dissolution of state schooling as we know it?