Climate sceptic Lord Lawson has again failed to answer questions over who funds the GWPF during his appearance at a Commons select committee yesterday. 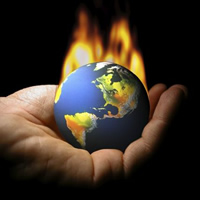 Our guest writer is Damien Morris of the Sandbag Climate Campaign

Climate sceptic Lord Lawson has again failed to answer questions over who funds the Global Warming Policy Foundation (GWPF) during his appearance at the Science and Technology select committee yesterday. The committe did, however, talk about the “climategate” emails scandal, which back in November 2009 the newspapers were awash with, a fearsome scandal that threatened to rock the foundations of the world’s budding and hard-won trust in climate science.

Since Copenhagen, this scandal has paved the way for a succession of other stories throwing up fresh questions over the reliability of the science.

But yesterday, this so-called scandal started to look like a bit of a damp squib. Anticipating the latest skirmish in the great global warming debate, interest from journalists and the public was sufficient to fill the committe room to capacity. But in the 3 hour session, there was barely a scuffle and absolutely no sign of anything really salacious or sinister.

The Climatic Research Unit (CRU) – far from being a crumbling cornerstone of the climate change fortress – was actually holding up pretty well, and the leaked emails started to look like a bit of a side event. Indeed, the press were sufficiently weary of the hearing that they didn’t linger for evidence from three of UKs highest scientific authorities, leaving as soon as they had heard both Phil Jones and the GWPF sceptics say their piece.

In recent months, many commentators have sought to defend climate science by marginalising the CRU and treating them as a few bad apples, but increasingly it appears that they gave too much ground.

The CRU’s scientific contributions to the refinement and analysis of the temperature record seems above reproach within the scientific community, as attested in person by the UK’s chief scientist, John Beddington, the DEFRA chief scientist, Bob Watson, and the Met Office chief scientist, Julia Slingo. Like Jones, they confirmed that CRU’s findings on the temperature record have been separately reached by the National Oceanic and Atmospheric Administration (NOAA) and NASA in the United States, but also by researchers in Russia and Japan.

CRU may yet deserve censure – though this is far from clear – in relation to their sluggish responsiveness to Freedom of Information (FoI) requests. This will be explored in due course by the Information Commission, but is not a question impacting the science. Without prejudging the outcome of the Commission’s investigations, it appears that considerable amounts of data used by Jones was owned by foreign meteorological offices, and could not be made public without their permission.

Since last November the Met Office has worked with CRU to try and source permissions and has made roughly 75 per cent of the data available on its own site. There is also the question of whether 61 Freedom of Information requests to a small team of three researchers represents a “vexatious request“ designed only to cause “disruption or annoyance”.

Also, some content of the leaked emails raises questions about how appropriate and transparent certain tree-ring methodologies were in published scientific papers, and whether some comments in Jones’s correspondence about particular journals and authors represented an effort to unfairly suppress publication of their material. Both concerns – but especially the latter– will be investigated by a team led by Sir Muir Russell in coming months.

So, after all that, no sign of an earth-shattering climate scandal, nor even much assurance of a minor FOI or professional misconduct scandal!

In the cold dawn of the committee hearing, one wonders how the British media managed to get itself so drunk on the hype of climate-science in crisis. First we have the East Anglia email leak which now hopelessly fails to live up to its moniker of “climategate”.

Secondly, the key facts in the WWF paper attacked in “amazongate” fully withstood scrutiny. Only “glaciergate” managed to graze the science by correcting just one (admittedly alarmist fact) in the whole of the IPCC Working Group II report on impacts. The Working Group I report on the physical science basis remains impregnable.

Yet despite the invalidity or insignificance of each new development, we are warned each time that the scientific consensus is under threat, or that we may have to suddenly dissolve our trust in key scientists and institutions.

The select committee hearing made clear that that the science of climate change is as robust as ever, and that the uncertainties in the science are fully represented in the probablistic language and estimate ranges in the key documents.

Regrettably, as far as public confidence in the science is concerned, the climate cynics’ strategy of throwing mud until it sticks appears to be working, and the inquiries which might exonerate CRU of any misconduct have themselves somehow become suggestive of its implicit guilt. Even the Met Office’s project to augment and refine the future temperature record risks being interpreted as a response to some fatal weakness in the CRU temperature record, rather than a long-planned advancement of its good work.

I hope that today’s hearing gave the British media a reality check against the sensationalist climate reporting it has been drawn into in recent months, which has undeservedly damaged both the confidence of the British public in climate science and their concern for climate change. The British media has gone on a four month bender on climate controversy. The hangover is going to be bloody awful, but the one thing that’s for sure is that it will only get worse the longer we put it off.