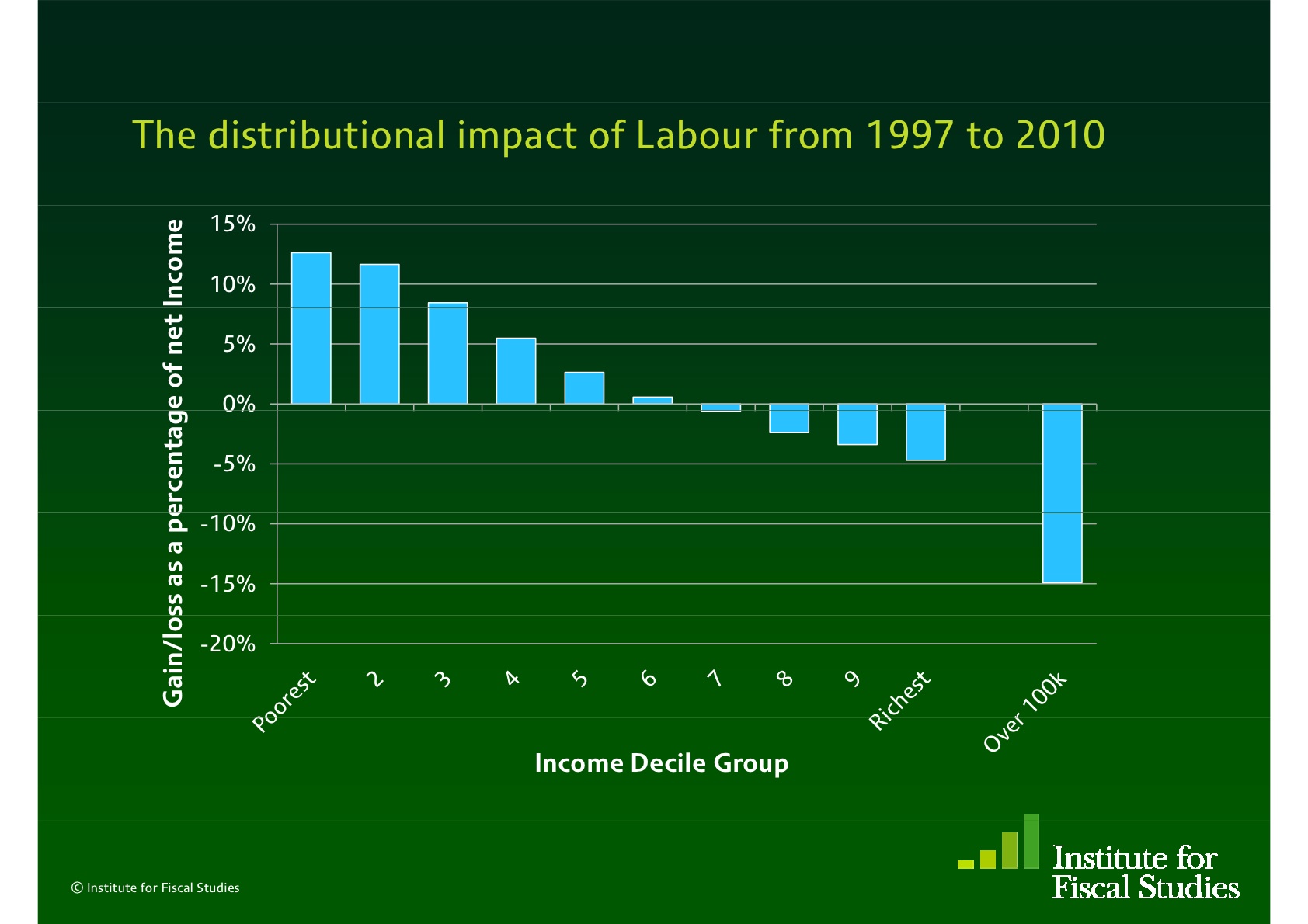 Today’s papers cover in detail analysis by the Institute for Fiscal Studies on the distributional impact of thirteen years of Labour rule. The picture is stunning and represents a clear progressive redistribution from rich to poor with those earning over £100,000 paying the most.

Newspaper reaction is unsurprisingly along partisan lines. The Guardian broadly praise the redistribution with a piece titled, “Labour’s tax and benefits strategy has closed the income gap, thinktank says”:

“The poorest 10% of households gained by 13% while at the same time the richest 10% saw their incomes cut by almost 9%. When households earning more than £100,000 were treated as a separate category, the figures showed they faced tax rises that cut their incomes by 15%…

“According to the IFS, middle income groups have neither gained nor lost from tax and benefit changes over the 13 years. Most rightwing commentators described the budget as the last in a long line of attacks on middle income earners. But the IFS figures show that while households in the higher income groups lose out compared with lower income groups, the effects are only marginal.”

Sean O’Grady in The Independent writes:

“The richest households in Britain are about £25,000 a year worse off as a result of changes to the tax and benefits system introduced by Labour since 1997 – while the “working poor” are better off by almost £1,700, or 13 per cent of their income…

“These figures, from the respected Institute for Fiscal Studies (IFS), will bolster the Government’s claims that it has been sharing the burden of adjustment in the economy “fairly”.”

“Not since 1974, when Dennis Healey was said to have threatened to tax the rich “until the pips squeak”, has a British government sought to redistribute income from the well-off to the poor so aggressively, the IFS analysis showed.”

The Daily Mail, unsurprisingly, have a different angle: “The fleecing of the middle class: How Labour’s punished any family earning over £30,000”. The average annual income is £24,000.