Building a low-carbon economy could be worth in the order of £200 billion from now through to 2020, and hundreds of billions more than that through to 2030. 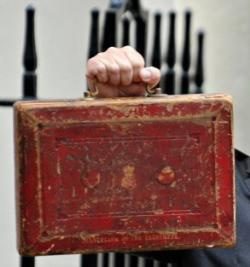 In the second of our series looking ahead to next Wednesday’s Budget, our regular environment correspondent Joss Garman outlines the case for a Green New Deal

Analysis from the influential think tank E3G estimates that if efforts to renew Britain’s infrastructure and to build a low-carbon economy are successful, these new markets could be worth in the order of £200 billion from now through to 2020, and hundreds of billions more than that through to 2030.

This scale of investment is of an order of magnitude more than what has been seen in recent British history and opens up a huge new opportunity to stimulate the economy, create jobs and reduce energy bills. Scenarios by Ofgem demonstrated that energy bills will be lower when the UK adopts a “green” pathway because of reducing exposure to volatile gas prices and better use of energy.

But right now the economic framework is still rigged in favour of a continuation of our failing high-carbon “business as usual” model, which means the UK is missing economic opportunities, leaving itself vulnerable to rising and volatile fossil fuel prices, and failing in its efforts to go green.

Without a coherent green financing strategy, and without using the big economic levers of government, it is unlikely that the private sector will be able to deliver the necessary investment to meet UK climate and energy security targets, to realise the potential for economic growth and for job creation here, particularly in the clean energy and home improvement sectors.

Low-carbon investment in the UK is still seen as “risky”, and right now if you do want to invest in new clean tech markets there are more attractive financial environments than the UK offers. Add to this the turmoil on the financial markets and volatile energy and carbon prices and the result is that many clean energy projects are currently seen as unattractive to investors.

The “political risk” around the support frameworks for clean energy – the stability and longevity of policy mechanisms required to make investment more attractive – only further undermines efforts to encourage investment flows, meaning a political consensus around these policies is needed to drive the removal of barriers and risks to investment.

It is against this backdrop that Budget 2010 offers a huge opportunity to make Britain competitive in the global clean tech race and to improve our energy security, whilst simultaneously bringing down levels of climate pollution and creating jobs.

In the coming days Left Foot Forward will blog on the scope for green changes to the tax system, but here we summarise some of the other ideas for kick-starting a Green New Deal with Budget 2010:

• Create a Green Investment Bank with a focused mandate that the Bank exists to deliver the transformation of the UK into a greener economy. The precedent for a sector specific bank exists in Credit Agricole in France, and KfW Bankengruppe in Germany to give two examples.

To be successful, a Green Investment Bank in the UK would need to catalyse private investment through the effective and efficient use of public money, and to deliver early stage clean technology funding before markets take over, at which point the GIB could cease operations in those areas to avoid “crowding out” private finance.

The Bank should also aggregate energy efficiency spending as the investment required in upgrading British homes, for example, will require a very high degree of coordination between individuals, the public and the government.

All this will require an implicit Government guarantee, and also adequate initial capitalisation. The latter could be achieved from existing programmes, but could also be supplemented from other sources, including, for example, through the issue of new green bonds.

Critically, the bank should play more than just an advisory and aggregation role; it must also be able to deploy capital at scale. For more on this idea, read this excellent briefing from E3G and Climate Change Capital.

• Ring fence a proportion of RBS lending to create a dedicated low carbon fund or to transfer into a new Green Investment Bank. This would support lending to renewable energy and home improvement projects. Sharing the risk between government and private investors will inspire greater confidence in the political commitment to the policy and will enable larger sources of private funds to be leveraged.

• Existing Government funding to deliver the transition to a low carbon economy must be safeguarded and extended. Some promising projects have been funded already, but to capture the full job creation potential of an offshore wind programme for example, more is needed to make the UK attractive to companies and investors.

• Implement a ‘pay as you save scheme’ to support home upgrades. Under this system, the upfront costs of low energy work to a household would be funded through a third party finance vehicle. This is paid for through private capital via potentially the Green Investment Bank or another arms-length government vehicle to reduce investment risk.

An obligation to repay is linked to the property over an extended period of time and the repayments are calculated to be less than the savings that will be made on fuel bills. The Committee on Climate Change saw this as a major policy tool in a recent report.

According to investment bank, Climate Change Capital, research indicates that for every £1m invested in energy efficiency 8−14 person years of direct employment are created. Indirect employment effects contribute a further 9−40 person years because lowered fuel bills mean money can be spent on other goods and services that are more labour intensive.

In Germany around 140,000 jobs were created or retained as a result of a retrofit programme, and in California 1.5 million new jobs were created. For more details on a home refurbishment plan see here and here.

• Use tax relief to encourage savings for green investment. For example, the government could offer pension tax relief to provide incentives to put investments into priority low-carbon projects. Equally, new green ISAs could be created whereby these savings are exempt from tax.

• New sustainability criteria for public procurement. The public sector could set bold new specifications for the sustainable products and services it seeks to purchase in the longer term, for example in five years’ time. This would guarantee future markets for low carbon goods and services and unlock investment in the development of new products like low carbon vehicles and energy efficient lighting.