Britain faces an environmental, social and economic crises. A 21 hour working week is one approach to this triple crunch. 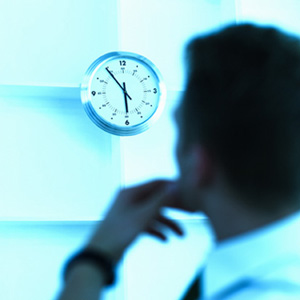 Our guest writer is Anna Coote, head of social policy at the new economics foundation

There’s no such thing as a new idea.  But sometimes an old idea deserves a fresh look because things have changed and its hour has come.

One such idea is to shorten the working week.  This is proposed in a new report by nef (the new economics foundation) as one way to tackle the environmental, social and economic crises that are shaping politics in the 21st century. But the idea is more radically framed than it used to be. Instead of a minor reduction to, say, 35 hours, the call is for a substantial shift in the balance of paid and unpaid time, moving towards 21 hours as the new standard.

The crises we face are inter-related – the combination is unprecedented.  We have rapidly depleting natural resources and accelerating climate change; widening inequalities and growing concern about social fragmentation and disorder; collapse of global financial systems, a deep and intractable economic downturn and astronomical levels of government debt. All this calls for a bold response.

Economic growth over the last 30 to 40 years has depended on a volatile mix of depressed wages and escalating material consumption. People have worked punishingly long hours and then borrowed to consume what they still cannot afford. Hence the credit bubble that brought the global economy to its knees.

Over the same period, the gap between rich and poor has grown dramatically. In the wake of the recession, nearly two and a half million are unemployed. The government is deeply indebted and gearing up for a massive cull of public sector jobs. Meanwhile, many are working long hours to hang on to their employment and increasing numbers say they find it hard to combine paid work with caring for children or having any other kind of life.

People on modest incomes struggle to pay for things they think they need to secure their place in society and to keep up with the pace of life – a car, a second car, household appliances, computer games, airline tickets, ‘convenience’ foods – and much, much more.  We have come to regard these accoutrements of middle-class life as our entitlement, signalling identity and status. Now we are urged to buy more to help the economy recover and grow.  But the consumerism that sustains western lifestyles is squandering precious natural resources and the climate clock is ticking.

A new, much shorter, ‘standard’ working week would provide an opportunity to spread paid and unpaid time more evenly across the population. That way, more people would have a chance not only to earn a living but also to do the other things that make human society possible – being parents and carers, friends and neighbours, creative individuals and engaged citizens. It would prompt us to adjust our values and expectations, to buy less stuff and live more sustainable lives. It would make it easier for men and women to share paid and unpaid work more equally. It would challenge the discredited model of global capitalism that is fuelled by credit and shopping.

The most obvious objection to a 21-hour week is that it will reduce earnings and hit low-income groups the hardest. nef is proposing a gradual transition, over a decade more, with time to put compensating measures in place. These would include trading wage increments for shorter hours year-on-year, giving employers incentives to take on more staff, limiting paid overtime, training to fill skills gaps, raising the minimum wage, more progressive taxation and arrangements for flexible working to suit the different needs of employees – such as job sharing, school term shifts, care leave and learning sabbaticals.

The French experiment with a maximum of 35 hours, or 1600 hours across the year, had mixed results. Introduced in 2000, it was popular with women with young children but less so with those whose employers made unpredictable changes to when they put in their hours. A key lesson is that people care as much about control over their time as they do about the number of hours they work.

The move to a 21-hour week should not be a matter of coercion.  Some will want to work longer hours and that should remain a matter of choice.  The point is to change what is generally accepted as the norm.  And to consider it as part of a larger transition aimed at building a sustainable future – by safeguarding natural resources, building a more equal and cohesive society, and developing an economy that serves the needs of people and the planet, rather than stripping their assets.