As we head into the election all parties’ time would be better spent paying attention to the overwhelming evidence for what works in criminal justice policy. 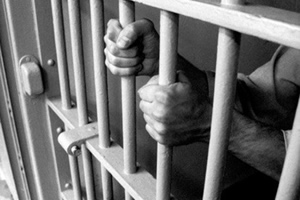 Our guest writer is Mark Day of the Prison Reform Trust

Labour’s attack on Conservative crime policies yesterday with the launch of its video “A Long Hard Look” was merely the latest instalment in a long and ugly tradition of political posturing over criminal justice policy by the main political parties – especially during election time.

A report published today by the National Audit Office (NAO) underlines the true economic and social costs of this unfortunate political legacy, which since 1995 has contributed to an unprecedented 66 per cent rise in the prison population in England and Wales, despite the massive cost of custody and its poor record in reducing rates of reoffending.

The report, which examined the costs to the taxpayer of the use of short-term sentences, found that 60 per cent of short-sentenced prisoners commit another crime within a year of getting out, costing the country between £7 billion and £10 billion a year.

Around 60,000 prisoners are jailed for less than twelve months each year costing taxpayers £300 million. Mostly convicted of theft and minor violent crimes, they make up nearly one in ten prisoners in England and Wales.

According to the NAO, more could be done to rehabilitate prisoners serving short sentences and reduce their risk of reoffending. The report found the National Offender Management Service (NOMS) – responsible for managing such prisoners – has little information on the quality, cost or effectiveness of its rehabilitation activities.

• Prisoners on short-term sentences are being left idle in their cells for much of the day;

• Overcrowding means that despite having an average of 16 convictions each, little is done to tackle their reoffending;

• Activities for prisoners are “inadequate” and prison bosses know little about how well the schemes they do run work;

• Many inmates arrive, and leave prison homeless, unemployed and addicted to drugs or alcohol; and

• Most spend as few as 45 days inside, and are released automatically at the halfway point of their sentence. In that time they are not given “appropriate assistance” to help them turn around their lives.

The evidence is clear that community penalties involving treatment for addicts, mental healthcare and sorting out housing and employment all work better than a short prison sentence. Many prisoners on short sentences will have committed an offence that is in some way drug or alcohol related, with shoplifting, burglary, vehicle crime and theft all crimes that are commonly linked to problems of addiction. Around 55 per cent of those received into custody are problematic drug users – and the majority of these have never had contact with drug treatment services.

Many of these would be much better dealt with in the community where the roots of their offending behaviour can be tackled through tailored programmes of treatment and support. Studies show that offenders who receive residential drug treatment are 45 per  cent less likely to reoffend after release than comparable offenders receiving prison sentences.

The benefits of noncustodial, community-based approaches is underlined by the recent report on Justice Reinvestment by the justice select committee. Borrowing from an approach successfully piloted by a number of states in the US it makes the case for diverting money away from the traditional institutions of criminal justice into programmes and agencies based in the community aimed at tackling the roots of offending behaviour.

As we head into the election all parties’ time would be much better spent paying attention to the overwhelming evidence for what works in criminal justice policy, instead of whipping up public fear with expensive and ill-judged videos.