Whilst there was agreement new media would certainly bear on the outcome, the experts' consensus was that 2010 would be the year of the “television election”. 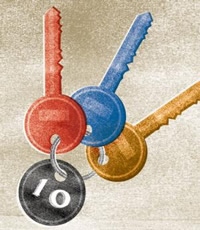 Panellists at the Social Media Summit yesterday discussed the ways in which social media has changed politics and could potentially affect the General Election. Whilst there was agreement that new media would certainly bear on the outcome, the consensus was that 2010 would be the year of the “television election”.

The debate began with some lessons from the 2008 US presidential election campaign from Dan Burton, senior vice president of Salesforce, which worked with the Obama team and is a leading cloud computing company which specialises in managing social media. Burton’s advice for the British election was that:

When the discussion moved to social media in Britain, however, the panellists – though fluent in the ways in which social media had changed politics and the interaction between governors and governed – were less able to explain exactly how this would transform the election.

Paul Waugh, deputy political editor of the Standard, set out how tweeting and blogging had opened up the closed world of the parliamentary lobby, while Jeremy Hunt, shadow culture secretary, spoke of how the internet has changed the relationship between MPs and the public and spoke on access to information, an important Conservative agenda.

The panellists were less fluent in the specifics of how new media would actually affect the election. Waugh suggested that new media could bring to light some big stories that would move the election campaign, using the case of Alan Duncan’s experience at the hands of “Don’t Panic Online” as a prominent example.

Tom Watson, former digital engagement minister, also raised the question of whether new media had killed off billboard advertising following Tory embarrassment over the success of mydavidcameron.com, which recorded over 250,000 unique hits in its first six weeks.

Yet clearly absent was any serious discussion of how parties could mobilise communities, supporters and voters. In fact only Watson mentioned that with new media “groups can form easily and can come together at scale at low cost”.

Perhaps it wasn’t surprising therefore that both Watson and Hunt agreed that, in the words of Watson and looking ahead to the prime ministerial tv debates:

“The defining characteristic of the election will be television.”

Indeed, as Waugh recalled, the effect of new media is often dependent on mainstream media. It was only when the Evening Standard carried the story of the “Don’t Panic Online” video that Alan Duncan’s objection that MPs have to “live on rations and are treated like s***” became national news.