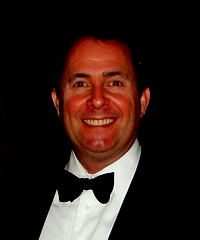 Our guest writer is Elliott Fox, a student at City University

Last year, Fox attended Rajapaksa’s party convention. It was his third visit of the year, having already gone in March and August, each time at the invitation – and expense – of the Sri Lankan government or the Sri Lanka Development Fund. The circumstances of these visits are unclear.

Only for his March trip is it indicated in parliament’s register of Members’ Interests that he was travelling in an official capacity. Furthermore, a week after his November visit, he said in parliament that:

“As members of the European Union, we have to be careful not to lecture too much or give too few incentives in a country that is beginning to move very much in the right direction.”

He did not mention he was at the president’s party convention the week before.

“The arrest of General Fonseka in Sri Lanka is yet another indication that the regime of President Rajapaksa is sliding into dictatorship.”

This is a vital question on a critical topic, but parliament should clearly be asking many more:

• Why did Liam Fox go to Sri Lanka three times to meet its president last year, while William Hague did not go once? In what official capacity did he make his August and November visits?

• Why did he attend Rajapaksa’s national party convention? Can he ensure this did not undermine ongoing multilateral efforts at defending human rights, at a critical time for Sri Lanka?

• Why has he been pointedly discreet about these visits – putting out a press release for his visit to Afghanistan last year, but not one in three trips to Sri Lanka?

• It emerged last week that Liam Fox has been accepting large donations from defence firms; can he ensure that this does not interfere with his official responsibilities as shadow secretary of state for defence, and as a representative of the UK government, when he makes repeated visits to government officials in war-torn countries?

The new European Union trade commissioner, Karel de Gucht, announced on Monday that Sri Lanka would be suspended from GSP+ (Generalised System of Preferences) treatment – a privileged trade agreement it operates with developing countries – because its government was in breach of human rights conventions.

Although the European Commission’s report was completed by October 2009, Rajapaksa’s reputation abroad was not helped by the arrest of his main opponent in the January presidential elections, Sarath Fonseka, only two weeks ago.

Fonseka is a retired army general who led the Sri Lankan army to victory over the separatist Liberation Tigers of Tamil Eelam (LTTE) in May 2009. He claims the election results were rigged and said he would be ready to testify against the government at an international war crimes tribunal.

The case for such a prosecution is slowly stacking up. The European Commission’s report, referring to previous reports by the UN and independent experts, states that although the Sri Lankan government stalled the investigation process by repeatedly refusing to submit itself to fact-finding visits:

“The evidence shows that unlawful killings, perpetrated by police, soldiers and paramilitary groups, are a major problem.”

In December 2009, Channel 4 further reported that a mobile phone video obtained by Journalists for Democracy in Sri Lanka (JDS) – showing the summary execution of suspected LTTE soldiers by army forces – had been declared authentic by a forensic specialist, contrary to claims by Rajapaksa’s government.

This denial was condemned last month by the UN Special Rapporteur for Sri Lanka, Philip Alston.

Liam Fox has been in Sri Lanka again this week and has been intervening in the local controversy over the trial of General Fonseka. The country’s Daily Mirror reports that:

“Liam Fox, yesterday expressed his view that former opposition candidate General Sarath Fonseka be given a civil trial. “It is my strong view that the General should be tried in a civil court where the charges against him can be tested through all the vigor that the law can muster,” Mr. Fox said after a meeting with Foreign Minister Rohitha Bogollagama at the Foreign Ministry.”

The House of Commons’ Code of Conduct states:

“It is the responsibility of the Member, having regard to the rules of the House, to judge whether a financial interest is sufficiently relevant to a particular debate, proceeding, meeting or other activity to require a declaration. The basic test of relevance should be the same for declaration as it is for registration of an interest; namely, that a financial interest should be declared if it might reasonably be thought by others to influence the speech, representation or communication in question. A declaration should be brief but should make specific reference to the nature of the Member’s interest.

“In a debate in the House the Member should declare an interest briefly, usually at the beginning of his or her speech.”

Although Liam Fox registered the trips in the correct manner, he did not make his interest clear when he spoke in the House of Commons debate on foreign and commonwealth affairs and defence on November 23rd about Sri Lanka, other than to talk of his “long involvement in Sri Lanka”.