Following their proposals to reintroduce prison ships, the Tories announced plans last week to put post-prison services in the hands of the private sector. 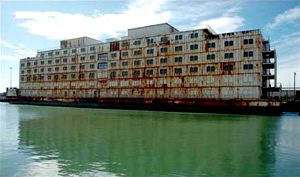 Following Friday’s remarks about youth offending, and despite earlier signs that the Conservative Party were keen to engage in a serious debate about criminal justice, recent pronouncements on prison policy are a setback to those of us who advocate prison reform.

On the back of their proposals to reintroduce prison ships and reduce levels of community sentencing, they announced plans last week to put post-prison services in the hands of the private and – to a lesser extent – voluntary sectors.

This is a dangerous, ill-judged and unwelcome move.

Post-prison resettlement and rehabilitation services are currently provided by the National Probation Service (NPS). The NPS has gone through several changes since 2004, the most recent of which effectively gives control of probation to HM Prison Service through the National Offender Management Service (NOMS) which manages both.

The coupling of probation with imprisonment was on the basis that an ‘offender manager’ could work with an offender throughout their sentence and post-release. In theory, it’s a great idea and similar to the benefits of having the same doctor, consultant or teacher over a specific period.

In practice, however, it hasn’t worked. Very few of the prisoners I am in contact with know who their offender manager is, let alone what they are supposed to do.

The shadow justice secretary, Dominic Grieve, wants to change the probation service’s remit to “public protection” – this mirrors my experience of how the perception of the NPS’s role has changed.

Rather than the rehabilitative, one-to-one, social work type probation officer of the past, many of those under the supervision of the NPS see the organisation’s role as a punitive one, part of the system that locked them up rather than something to engage with so that they can stay out of prison.

There are many fantastic non-public sector organisations who work closely with probation services in several parts of the country. Basic Caring Communities (BaCC) is a resettlement project being pioneered by my colleagues in pact, and is aimed at helping ex-prisoners settle back into the local community and has been very successfully piloted in London.

Similarly the Chartered Institute of Personnel and Development (CIPD) have encouraged their members to employ ex-offenders and have produced guidelines and advice on how to do this. The involvement of the voluntary and private sectors in this regard is to be encouraged. There is no substitute, however, for a properly-funded, accountable and person-centred National Probation Service.

The amalgamation of the prison service and NPS in the NOMS hasn’t worked. They should be decoupled and a fully-supported, efficient and effective, regionally-organised probation service should be allowed to focus on working with offenders to prevent re-offending; leave imprisonment to the prison service, and “public protection” to the police.

9 Responses to “Probation will reduce re-offending – not privatisation”