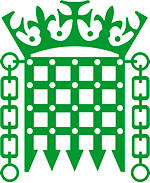 A hard core of 20 Labour MPs will vote against a referendum on electoral reform, reports The Independent. The Commons vote on whether there should be a referendum on replacing first-past-the-post with the alternative vote system – in which candidates are ranked in order of preferenfe – is likely to be passed with a healthy majority, however, with the Liberal Democrats and nationalist parties on board. The Conservatives will most likely oppose the legislation, and could scupper it entirely in the Lords, which will see Labour portraying them as “the party of the status quo”, with electoral reform campaigners claiming that, under the current system, the election result depends on only “250,000 voters in marginal seats”. A Liberal Democrat Voice analysis of the latest polls predicts a hung parliament with Labour the largest party on 299 seats – 27 short of an overall majority.

The three MPs charged with theft over their expenses claims will not receive the ‘parachute payments’ given to former MPs unless they are cleared, reports the Telegraph. Even if acquitted, the three – Elliot Morley, David Chaytor and Jim Devine – may still not receive the £64,766, £54,403 and £32,383 respectively to which they are entitled unless further cleared by the Commons authorities, who could seek to recover falsely-claimed expenses from the payments. The news comes as the row over the MPs’ attempts to use a defence of parliamentary privilege, which Left Foot Forward reported yesterday.

David Cameron’s economic policy has come in for more criticism today, with a Nobel Prize winning economist telling The Independent that the “fiscal stimulus is more important than reducing deficit”. “You’re dealing with a crazy man. You’re asking what I can do to placate a crazy man? Having got what he wants he will still kill you,” he said of the financial markets, rejecting out of hand Cameron’s idea that a “symbolic trimming of the budget deficit” could regain the markets’ confidence. Fiscal fetishism is really dangerous,” he added. There was further bad news for the Tories on the economy, with the Telegraph reporting Cameron’s inability to gain the support of business leaders – only one of 62 senior executives who backed Labour at the last election said they supported the Conservatives.

A Mirror investigation has found that billionaire Tory bankroller Lord Ashcroft profiteered to the tune of £25 million from a Central American company accused of damaging the rainforest. British Caribbean Bank, 72%-owned by Lord Ashcroft, has a 24.8% stake in Numar – the biggest producer of palm oil in Costa Rica. In 2009, Ashcroft’s bank earned £14 million from Numar, which “has previously been denounced for killing off wildlife in unspoilt jungle”. One of the workers at Numar’s depot, who carries 40lb bags of palm nuts on his backs to an ox-driven cart, said: “The work is back-breaking for not much pay. The processing company Numar tells you the price and there is no negotiating. Although there has been some improvements in the rates, we only get a hundred dollars (£65) for a ton of pods. Just imagine, each of those palm pods has to be cut from the top branches of the tree. I would say each one weighs approximately 40lbs. So that’s 53 times that farmer has to cut, gather and load the truck for a hundred dollars.”

And The Guardian reports Labour plans for an inheritance levy to fund social care. The levy, thought to be £20,000, would be deducted from the estates of older people when they die, replacing a system that forces many pensioners to sell their family homes to fund nursing home bills. Currently, many pensioners with assets of more than £22,250 are forced to pay for their care themselves by selling their homes or using up planned inheritance funds, with nursing homes costing an average of £600 a week, adds the report. The government says the personal care bill costs £670m a year, with some estimates putting it as high as £1 billion.