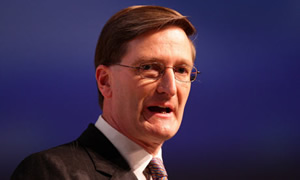 The Tories today released figures claiming young criminals given community sentences were guilty of “100,000 extra crimes a year”. They say that, since 2002:

“Over 650,000 crimes have been committed by juvenile offenders who had received a community sentence, referral order, or reparation order, in the previous twelve months, research by Conservatives has found.”

The clear implication being that locking more young offenders up would reduce the offending rate. Indeed, shadow justice secretary Dominic Grieve goes on to say:

“Ministers need to get a grip of the youth justice system and reduce reoffending rates, which remain stubbornly high.”

A sure sign that an election’s looming and the Tories are reverting to type, and a million miles from his sentiments of a few years ago, when he said:

“Prisons are places to which we want to avoid sending people whenever possible.”

“We share the Government’s desire to ensure that, as far as possible, sentences can be served in the community, rather than in prison.

“There are many good reasons for that and the Minister has touched on some of them, including the fact that the successful management of a convicted person within the community makes it less likely that he will reoffend.”

So what’s changed between then and now? Why were prisons “places to avoid sending people” seven years ago and not now, and why would a young offender on a community sentence be “less likely” to reoffend then than now?

If it was a round of applause in the right-wing press he was looking for, it seems the dogwhistle u-turn has done the trick, today’s Mail describing community sentences as “bird-brained justice” and the Telegraph calling them “soft penalties”.