Following Chris Grayling's manipulation of crime stats this week, it has emerged that backbench Tory MPs are doing the same off their own backs. 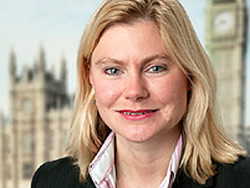 Following Chris Grayling’s very public slap on the wrist for manipulating crime statistics yesterday, it has emerged that it is not only the Shadow Home Secretary engaging in sharp practice – backbench Tory MPs are doing the same off their own backs.

As far back as last autumn, long before Grayling’s memos to Tory candidates, Putney MP Justine Greening falsely claimed on her blog that there had been a “burglary rise locally”, writing “locally we’ve recently also seen burglaries rise which is very concerning indeed”.

The statistics, however, tell a very different story: The burglary rate in every single ward in Putney fell in the year to October 2009.

And in July, she said:

The stats, again, prove her wrong – from May 2007 to July 2009 the burglary rate in Putney fell from more than 15 burglaries per thousand of the population to less than 10.

Earlier this week, Left Foot Forward reported Grayling’s ignorance on the inclusion of under-16s in the British Crime Survey, following the BBC’s eposé of his misrepresentation of crime statistics and his disastrous appearance on the Today programme.