Following today’s front-page article in the Guardian, warbubf universities could be “brought to their knees”, we take a detailed look at the impact of the cuts. 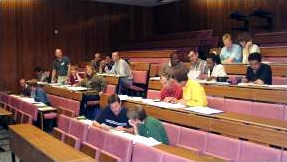 Following today’s front-page article in the Guardian, which warned that universities could be “brought to their knees” by £2.5 billion of Government spending cuts, Left Foot Forward takes a detailed look at the impact of the proposed cuts, on universities, students and fees.

In the last year, the Government has proposed cuts in higher education spending to the tune of £915m: £180m in “efficiency savings” in the 2009 budget, £600m in the most recent pre-budget report, and a further £135m announced by Lord Mandelson just before Christmas.

This reduces the annual budget of the Higher Education Funding Council for England (HEFCE) annual budget from £7.291bn in 2010-11 to £6.376bn in 2012-13 – a 12.5 per cent cut in funding over three years. If the Institute for Fiscal Studies is right in claiming that further higher education cuts of £1.6bn are required for the Government to achieve its target of halving the deficit by 2013, then total cuts will amount to £2.5bn. This is a massive reduction in the amount of money the UK spends in the sector.

As a whole, the UK currently spends between 1.3% and 1.4% of GDP on higher education, less than the OECD average, and well below that spent by the United States at 2.9% of GDP.

To cut funding now will worsen that position as other countries continue to invest in higher education, as Wendy Piatt and Michael Arthur, Director General and Chair of the Russell Group respectively, have today pointed out. This has implications for both the competitiveness of our higher education sector and our economy.

The impact on students will inevitably be huge. Much of the cuts are coming from teaching budgets, which disproportionately hit undergraduate and taught graduate students. Capital funding is also being cut, which means buildings and infrastructure used by students will deteriorate.

Universities are highly unlikely to be able to maintain the current student experience, let alone improve it, if the amount of money they have to spend is so significantly reduced. They just can’t absorb a 12.5% cut in government funding without it badly affecting how students are taught.

Staff-student ratios will worsen, library and teaching resources will be reduced, and there will be increased pressure on the budgets devoted to widening participation in higher education, which will impact on the social mix of the student population at our universities.

Almost as bad will be the impact the cuts will have on the debate about how we fund higher education. In the context of the Browne Review, some universities, like those in the Russell Group that have made the news today, may well use the governments’ announcements to press their case for a lift in the cap on tuition fees. Government and many universities are hoping that students will pick up the tab by paying more and more in fees – this will result in students paying more to receive less.

A lift in the cap will burden students with debt; if the government introduces real interest rates on student loans in order to facilitate greater loans for higher fees – which will be necessitated by the national fiscal position – those who borrow the most will pay the most back.

At fees of £7,000, the student who funds their degree through tuition and maintenance loans would leave university with debts of £35,000 and would need to earn £30,000 a year – more than median income – just to pay off the interest on their loans, before they even start paying back the money they borrowed (Broke and Broken, NUS Report, p.7).

That is why Oxford University Student Union and the National Union of Students, among many others including Malcolm Grant, Provost at UCL, are calling for a change in the way we fund higher education.

We think the government should abolish fees and introduce a graduate tax. Graduates should pay, according to their earnings after university, into a ring fenced national trust for higher education for a period of two decades.

10 Responses to “The impact on students of the proposed £2.5bn university spending cuts”