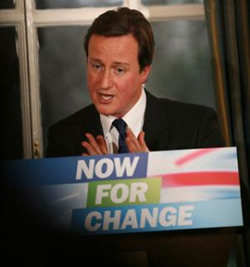 For once, we can agree with the Adam Smith Institute: David Cameron’s new headline plans to “banish health inequalities to history” by introducing “a health premium that targets resources on the poorest areas” will fail.

The key reason why it will fail was already brought out implicitly on Left Foot Forward a couple of months ago – it is that you cannot attack major societal inequalities, such as health inequalities, without attacking inequality itself.

In other words, by far the most consequential way of reducing health inequalities, it turns out, is to target economic and other societally-central inequalities directly. Not to target absolute poverty or ‘deprivation’, not to pursue economic growth, but simply to reduce inequality (whether by reducing high earnings, or by increasing low earnings).

Here is how Richard Wilkinson and Kate Pickett put this point, in their celebrated recent book (pp. 233-4) ‘The Spirit Level: Why more equal societies almost always do better’ (a book given the plaudit by the New Statesman recently of being their “Book of the Decade”):

“For ten years Britain has had a Government committed to narrowing the health gap between rich and poor. In an independent review of policy in different countries, a Dutch expert said Britain was ahead of other countries in implementing policies to reduce health inequalities.

“However, health inequalities in Britain have shown little or no tendency to decline… Rather than reducing inequality itself, the initiatives aimed at tackling health or social problems are nearly always attempts to break the links between socio-economic disadvantage and the problems it produces.

“The unstated hope is that people – particularly the poor – can carry on in the same circumstances, but will somehow no longer succumb to mental illness, teenage pregnancy, educational failure, obesity, or drugs.”

This passage almost reads as if it were written in response to today’s Conservative initiative. If Cameron’s advisers had taken the trouble to read Wilkinson and Pickett, they would have saved themselves from the embarrassment of this new policy of theirs which is fated to fail.

To use a medical metaphor, the ‘health premium’ policy is a band-aid, which will do no good in curing a degenerative condition.

If Cameron were serious about reducing health inequalities, he would target economic inequality directly, as Wilkinson and Pickett recommend. But that would be very hard for the Conservative Party to stomach, seeing as the Conservatives are the party which, under Margaret Thatcher and John Major, pursued policies which hugely escalated inequality, when they were last in power.

In the Preface to their book, Wilkinson and Pickett note that they almost called the book ‘Evidence-based politics’, on analogy with the term ‘evidence-based medicine’.

The subtitle of Left Foot Forward is ‘evidence-based blogging’. The evidence is in – and it shows very clearly that you cannot cure the nation’s health ills, except by curing the nation of the disease of rampant economic inequality.

16 Responses to “The best way to tackle health inequalities, Mr Cameron, is to tackle all inequality”