A facebook group has been launched to stop Rod Liddle from becoming Editor of the Independent newspaper. Liddle is renowned for a series of offensive outbursts. 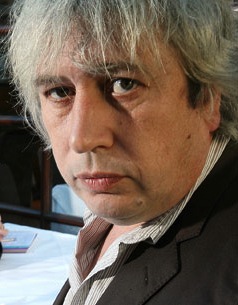 A facebook group has been launched with the aim of stopping Rod Liddle from becoming Editor of the Independent newspaper. The former Today programme editor is renowned for his offensives outbursts.

The Guardian reported on Friday that Rod Liddle was being lined up to edit the newspaper. Alex Higgins, who blogs at Bring on the Revolution, acted quickly to set up a facebook group detailing Rod Liddle’s views and warning “If Rod Liddle becomes editor of The Independent, I will not buy it again.”

“Rod Liddle would be a disappointing choice for the ‘Daily Telegraph’ or the ‘Daily Mail’. For the ‘Independent’, it represents a direct affront to the readership.

“Many ‘Independent’ readers were already disappointed by the direction the paper had taken under Roger Alton, and we absolutely should not accept the appointment of Rod Liddle.”

He goes on to detail many of Liddle’s positions including:

– a series of sexist articles and views including “So – Harriet Harman, then. Would you? I mean after a few beers obviously, not while you were sober.”

The facebook group has now attracted well over 1,000 people in under 24 hours.