Tony Blair today emphasised the long term implications of Saddam's retention of power. This is further evidence that it was a preventive war and not preemptive. 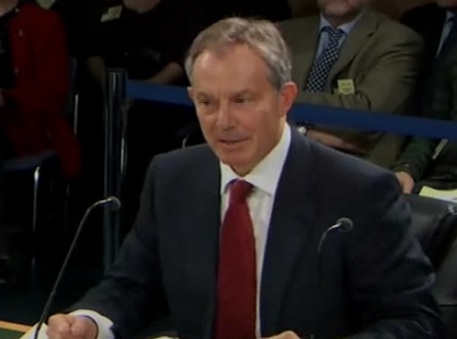 Tony Blair’s performance before the Iraq Inquiry today was as virtuoso as his supporters hoped and his critics feared.

What is most interesting perhaps from both a historical and legal perspective is his contention that:

As the Guardian’s live coverage noted, Blair did not explain what Saddam’s “intent” would have been but the statement may have been both the most honest and dangerous thing said this morning.

His emphasis on the long term implications of Saddam’s retention of power combined with his fear that at an unspecified point in the future Saddam would have been stronger and the West weaker is further evidence that this was not a pre-emptive war to defend British national interests but a preventive one to defeat an adversary who may pose a future threat. The former Prime Minsiter’s directness in this respect is to be welcomed.

The danger however lies in the fact that if this were his motivation for war he crossed the line between pre-emptive war and preventive war. Pre-emptive war has a clear basis in international law whereas the legality of preventive war is far more controversial.

As the testimony of Foreign Office lawyers, former Attorney General Lord Goldsmith, and now former Prime Minsister Blair has made clear, had the precautionary principle been applied to the legality of the Iraq war there would have been no Iraq war.

11 Responses to “Pre-emptive or preventive? Has the mask slipped?”