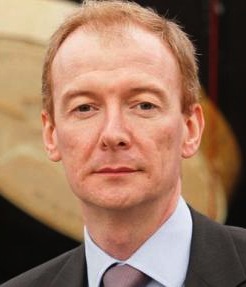 Last night, Pat McFadden MP spoke on ‘The new industrial revolution’ as part of Progress’s ongoing lecture series on ‘New thinking for Britain’s next decade’. He spoke about the opportunities provided by the creation of a low carbon economy and attacked the Conservative’s approach to manufacturing.

McFadden began his speech by warning that the necessary switch from a high carbon economy to a low carbon economy may look like an “application for sainthood” if not communicated properly and without a firm policy footing.

The Business Innovation and Skills Minister stated that this second industrial revolution had to be fought on three fronts: environment, education and business. He argued that the low carbon economy will meet environmental concerns, provide new jobs and opportunities for business.

But preparation must begin now to ensure our education system is geared up to provide the people to work in low carbon industries. He also called for proper investment in research and development, and for necessary capital spending to take place.

He went on to warn that “David Cameron’s attack on these [capital] investment allowances holds a dagger at the heart of manufacturing industry”. Quoting a senior economist at the EEF manufacturer’s association, McFadden said:

“Reducing the level of capital allowances would be a big problem for manufacturers … cutting the rate to 12.5 per cent [from 20 per cent] would be a disaster for us”.

The minister concluded that, like the marriage tax allowance, it is high time that the Conservatives’ policies for business and the environment were put in the spotlight.

Our guest writer is Jacob Lister of Progress