Rod Liddle's description of "Somali Muslim savages" has been criticised by leading UK Muslims, as has his insinuation that the Left do not criticise extremism. 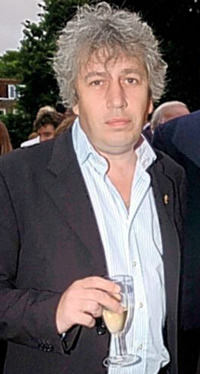 Rod Liddle’s description of “Somali Muslim savages” and the implication that British Muslims and the Left are uncritical of practices such as beheading, stoning and mutilation – and seek to silence such criticism – have been brushed aside by leading mainstream Muslims.

“Where Rod Liddle gets into trouble is when putting this together with everything else.”

Liddle, who’s in the running to be the next editor of the Independent – which Left Foot Forward reported yesterday – had written in the Spectator on November 19:

“Time for a quick update on what the Muslim savages are up to. Here’s a story from today’s Daily Mail, with a cut-out-keep picture, of Somali Muslim savages stoning to a twenty year old woman for the crime of adultery.“

He concluded his article with a sarcastic sideswipe at Somalis:

“Incidentally, many Somalis have come to Britain as immigrants recently, where they are widely admired for their strong work ethic, respect for the law and keen, piercing, intelligence.”

And on Saturday, in a column on the now-abandoned Islam4Uk march through Wootton Bassett, he wrote:

43 Responses to “Latest Liddle outburst: “F*** off back to where you’re from, then, you Muslims.””