David Cameron will now have to decide whether or not to introduce legislation if he wins the election enabling councils to charge for services. 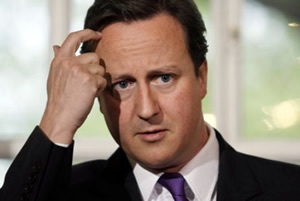 Tory-run Barnet Council’s plans for “no frills” services have been ruled illegal by the High Court. Today’s Times reports that the judgement has forced them into rethinking planned cuts – including cutting the number of live-in wardens in sheltered housing.

The council outlined their no frills approach last August, voting to implement it in October. The scheme would have seen provision of key services slashed, with wealthy residents able to jump the queue for planning applications and rubbish collections.

The ball is now in David Cameron’s court, with coucil leader Lynne Hillan urging him to pave the way for such schemes with new legislation if he wins power. She told The Times:

“Councils do have powers to impose some charges but there is no flexibility.

“We are now pressing the Tory leadership to introduce new laws if they win power to allow councils to implement their initiatives.”