David Cameron has reversed the Conservatives position on Education Maintenance Allowances. His support is now at odds with Chris Grayling and Michael Gove. 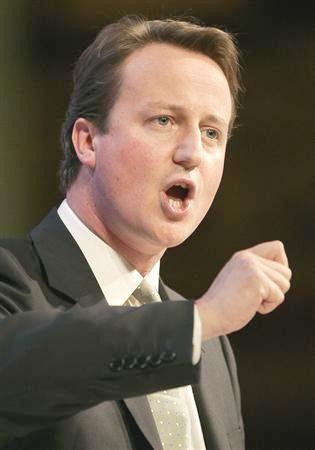 David Cameron last night reversed the Conservative party’s position on the future of Education Maintenance Allowances at a Cameron Direct event in Hammersmith. He outlined his support for the scheme at odds with the position of senior Tories Chris Grayling and Michael Gove.

EMAs are means-tested allowances of between £10 and £30 paid to 16-to-19 year olds who stay in education and come from families where annual household income is below £30,000. They have come under sustained attack from right-wing groups.

Mr Cameron has previously refused to give a “straight answer” on EMAs. He told Sky News in November 2007,

“Well we’re in a state of quite severe flux on this whole area of 16 to 18 education, so I can’t give you a straight answer on [EMAs] because we’re currently examining the government’s bill on effectively raising the school leaving age or saying that people have to be in education, employment or training until 18, we think there are some really practical problems and issues with that sort of compulsion and the EMA and the future of the EMA is going to be linked to that, and so I can’t give you an answer on that today I’m afraid. We have to wait to see what the government is going to propose before we can respond.”`

But when asked to clarify his position at the event last night, Mr Cameron said:

“We’ve looked at Educational Maintenance Allowances and we haven’t announced any plan to get rid of them. They do often if you go to schools and ask people what they think of them and ask young people themselves, they get quite a mixed reception actually because some people can see them as a bit divisive, but no we don’t have any plans to get rid of them.

When pushed to answer whether he supported EMAs, Cameron responded “Yes”. After the event CCHQ spokespersons refused to comment on the matter.

Previously the Conservative party and those on the right have held a highly negative opinion of EMAs. Shadow Home Secretary Chris Grayling described them as doing “absolutely nothing to help solve this country’s chronic skills shortage.” Michael Gove, the Shadow Children’s Secretary, has called the EMA a flop.

Rightwing think-tanks have been even more disparaging about the EMA in the last year. Policy Exchange called for it to be axed in their publication ‘School Funding and Social Justice‘. Reform advocate scrapping the scheme with senior researcher Dale Bassett telling the Guardian last October that “this is not an effective way of spending over half a billion pounds of the education budget.” The Institute of Directors and TaxPayers’ Alliance called for the EMA to be axed late last year in their joint publication ‘How to Save £50 Billion‘.

Could the u-turn be in response to the weight of evidence which supports the success of the EMA?

For example, research by the Institute for Fiscal Studies shows attainment at GCSE and A-level by recipients of EMA has risen by 5 to 7 percentage points since its introduction, and by even more for those living in the most deprived neighbourhoods. In addition, RCU Market Research Services carried out research on the national scheme and published a report called Evaluation of the EMA National Roll-out 2007, which concluded:

“Overall, the analysis of learner data seems to provide evidence that EMA has had a positive impact on the retention, achievement and success of certain groups of learners. Those benefiting most appear to be from groups that are traditionally associated with lower levels of achievement such as: male learners; learners from minority ethnic groups; those with backgrounds of high deprivation and learners on lower level and vocational courses.”

Ipsos MORI published a report in 2008 called Evaluation of Extension of Education Maintenance Allowance to Entry-to-Employment and Programme Led Apprenticeships. This report reached similar conclusions to the RCU research:

“EMA is reducing NEET and also motivating learners to work harder. Where the bonus system is being used alongside attainment criteria there has been achievement/attainment of learner outcomes. The data also suggests that behaviour targets are useful, being reported as more effective at reducing NEET than other criteria (despite being less frequently used as targets and coursework incentives)”

Earlier today we reported that David Cameron said, “Let’s just say I’m not uncommitted to it.” In light of a video made available to Left Foot Forward, we accept that this is not the form of words that Cameron used at the event and have amended the story accordingly. Nonetheless, the substantive point remains that David Cameron’s comments last night amounted to a U-Turn on his and his party’s previous statements.