A slew of recent articles seek to undermine the important and justifiable role for the TUC in delivering development policy. Left Foot Forward refutes the claims. 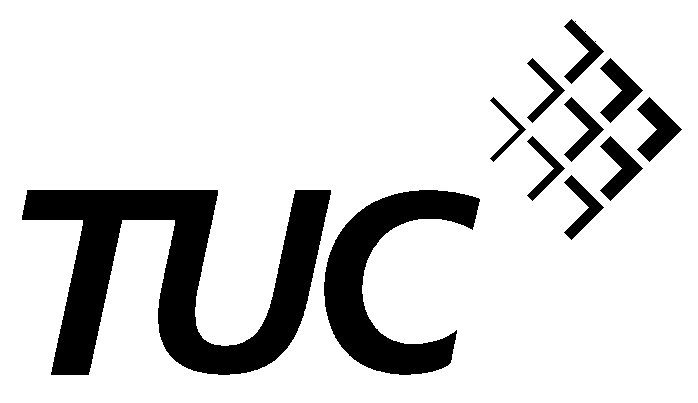 A slew of recent articles seek to undermine the important and justifiable role for the Trades Union Congress in delivering development policy.

On Monday, The Times reported that “The Government is giving the Trades Union Congress millions of pounds from its foreign aid budget to pay for the education of British trade unionists and to support advocacy work in Britain.”

The International Policy Network (IPN), who released the report on which The Times reported, claimed on Wednesday on Conservative Home that this money “was spent in the UK on activities that do not seem to have yielded any practical benefit to the poor either inside or outside of Britain.” IPN then made this following astonishing accusation:

“To make matters worse, unions that are members of the TUC represent over half the funding of the Labour Party. Since the DfID grants to the TUC come with few constraints, it is possible that DfID’s money could essentially substitute for money that would otherwise come from member unions – freeing them up to give more to the Labour Party.”

On the same post the Conservative’s shadow minister Andrew Mitchell said: “Labour have some very serious questions to answer about how they are spending aid money which is supposed to go to people in some of the poorest countries in the world.”

Left Foot Forward looks at these allegations and refutes each in turn.

Claim #1: DfID spending money in the UK is a bad thing.

The Times article clearly implies, and IPN explicitly so, that the spending of DfID money in the UK is a bad thing. There has, in fact, been a clear and transparent justification for doing so since DfID’s first White Paper in 1997 established the Building Support for Development programme (BSD) which addressed the need for an “increased public understanding of our global mutual dependence and the need for international development.” The then Secretary of State Clare Short states in the foreword the need for “an informed public opinion [to] help ensure that the UK plays its full role in generating the international political will necessary to meet the international poverty eradication targets.”

There is therefore nothing shadowy about DfID granting money to the TUC to spend in the UK – it is part of a broader strategy that includes development education and engagement with the media, businesses faith, BME and diaspora groups. The Times and IPN made much of the sentence in the BSD evaluation which said there was “little evidence regarding the effectiveness of the individual projects.” But that single sentence is a comment on the evidence sought or found, not explicitly on the project itself or the wider relationship with the TUC. The same document actually praises DFID’s work with the TUC (page 28).

Claim #2: The TUC have no expertise in development and have been given the money in a secret deal.

IPN claimed in their report ‘A Closer Union‘ that the TUC should not have received a Partnership Programmes Arrangements (PPAs), which are given by DfID to civil society organisations to achieve DfID’s objectives. They claim that “obviously [the TUC] is not an organisation that has a track record of performance in international development,” and claim that the arrangement is a “secret arrangement” because, “The terms of this grant still have not been published on the DfID website.”

It is true that the TUC are not listed on the DfID web page explaining the PPAs, but this seems more likely a technical error than a conspiracy. It is however publicly listed in their project directory, and you can read the Memorandum of Understanding (MoU) and Objectives online.

While the new MoU authorises the TUC to spend money on UK activities (as part of DfID’s Building Support for Development work above), the TUC are now rolling out their capacity building work in developing countries as part of their 2009-11 partnership with DfID – including two new funding arrangements with ITUC-Africa and the Zimbabwe Congress of Trade Unions to support their capacity to work on women’s empowerment, post-conflict resolution, the rights of migrant workers and political advocacy.

Claim #3: “DfID’s money could essentially substitute for money that would otherwise come from member unions – freeing them up to give more to the Labour Party.”

By adding claim 1 and 2 together they have made their most serious allegation, claim 3. But the sum is closer to 2 + 2 = 5. There is no evidence of any link between DfID’s work with the TUC and the funding of TUC member unions to the Labour Party.

The TUC receive LESS under a Labour Government than they did under Major’s Conservative Government. As Brendan Barber stated in his letter to the Times, DfID’s support for the TUC has “actually, year for year, been less under the current and recent Labour governments than it was under John Major’s administration.” The TUC have received what amounts to £450,000 a year over the period 2003-11. The £2.4 million the TUC recieved for the PPA was part of a total of £90 million given to 27 organisations. DfID is doing what governments of all persuasions all over the developed world have done when they distribute small parts of their overseas aid budgets through unions. As Barber pointed out, George W. Bush’s Administration channelled $20 million a year through the US trade union movement.

Labour does actually receive money from DfID – but so do the Conservatives and the Liberal Democrats. DfID fund the Westminster Foundation for Democracy to develop comprehensive programmes of joint activity between UK parties and their sister parties in developing countries.

It is the Conservatives and IPN  who have some serious questions to answer.  IPM make serious allegations of the Labour Government’s links with the TUC, but are they as impartial as their status as a charity (No.CC 262982) requires? Left Foot Forward intends to investigate this further.

On Monday we reported on the Conservatives’ fixation with triviality when we examined their aid proposals. It now appears they are not only happy to associate themselves with petty issues, but slanderous ones as well.

10 Responses to “Allegations on TUC’s development role without foundation”