The JSA claimant count fell in November for the first time since early 2008. But the good news should be treated with caution - the worst may still be to come. 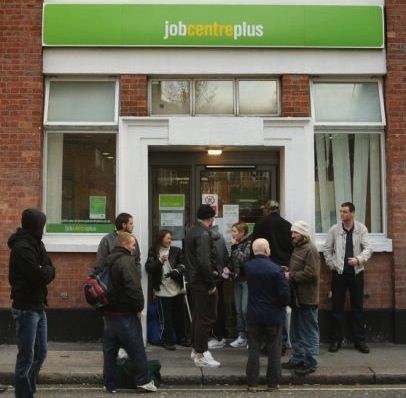 What is going on with the labour market? For the last few months I’ve been highlighting a number of encouraging trends in the unemployment stats, but half expecting them to prove a false dawn. However the pattern continues (for another month at least) with the revelation that the JSA claimant count actually fell in November – for the first time since early 2008 – despite the UK still officially being in recession. I thought unemployment was supposed to be a lagging indicator?

In addition, ILO unemployment rose by the smallest amount since May 2008 and employment increased for the first time since then too. I think the government can fairly claim some credit for these less bad figures, through a combination of over a decade of labour market reforms and its emergency recession measures. However it is mainly a testament to the firms and workers who have limited job losses and the people who have striven to find work in tough circumstances over the last 24 months.

The media are catching on to this more positive news, so to mirror this reverse I’m going to be the voice of caution. I would be staggered if we have reached the peak of claimant unemployment. Today’s drop in the JSA is small and driven by a 23,000 fall in new claims during November. Inflows are likely to fall again up until Christmas, when recruitment is traditionally strong, but then rise again in the New Year, when it is not. There remain substantial uncertainties about the strength of any economic recovery in 2010, which will have a significant impact on whether and how fast unemployment might fall.

The BBC’s economics Editor Stephanie Flanders has a good blog today expressing similar words of caution. She fears that the steps employers have taken to minimise job losses might be storing up problems for the future, especially if productivity continues to fall. The 122,000 rise in part time employment alongside a 69,000 fall in full-time employment certainly suggests that the headline unemployment figure is being kept lower at significant financial sacrifice. More part time workers than ever are reporting a desire for longer hours if they were available. Having said that, the total hours worked rose for the first time since early 2008 in the last quarter – and Working Tax Credit is partially off setting the financial loss of hours for many family.

Seasoned labour market watchers will know that the headline levels of unemployment are often much less important than durations and flows. Today’s figures show an 8.5 per cent rise in the number of people looking for work for more than a year (up 49,000 to 620,000). This figure will jump significantly in the first three months of 2010 as the corresponding period in 2009 was when JSA rises went through the roof (with consecutive six figure rises). We all know big GDP falls are bad, but in a kind of abstract way. The real, tangible, human tragedy of recessions is prolonged, demoralising, poverty-inducing periods out of work. That’s why the government should guarantee work for everyone at risk of long term unemployment.