The Tories are facing fresh questions over their plans to roll out hundreds of “free schools” after Ed Balls this week branded them “unworkable” at a time of spending cuts. 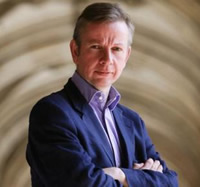 The Tories are facing fresh questions over their plans to roll out hundreds of “free schools” after Ed Balls this week branded them “unworkable” at a time of spending cuts in a recession.

Pressure is on David Cameron and Michael Gove to explain how they will fund their consumer choice style of free schools modelled on a hybrid of the Swedish and American systems, where parents and social entrepreneurs have been given pots of money to establish independent state schools.

The Tories have rejected suggestions that free schools will cream off children from the most advantaged backgrounds and reward the efforts of pushy parents, and identified “pupil premiums” – a weighted voucher system that attaches more money, per capita, to children from disadvantaged backgrounds – as their solution to break the monopoly the middle-class has on the best education.

But it is still unclear how the Tories intend to fund the premium. A report from think-tank Centreforum, which suggests that the pupil premium carries a £2-3 billion price tag, suggests that no amount of slashing quangos can raise this sort of money.

“It remains to be seen whether, in office, Gove can get this plan past No 10 and the Treasury.”

Ed Balls has also argued that delivering the free schools programme would mean diverting money from Building Schools for the Future (BSF), a schools rebuilding programme that was set up to redress the chronic under-funding of school refurbishment under the previous Conservative government.

Furthermore, the Tory plans presume a strong financial contribution from the private sector – a source that looks increasingly unreliable in the present economic climate. Proposed cuts in the Department for Children, Schools and Families mean the state will be ill-placed to make up the shortfall.

The Tories have yet to heed the warnings from Sweden and America where recent studies have called into question the effectiveness of their free school systems.

Earlier this year, a report on the first 13 years of free schools by Slolverket, the Swedish National Agency for Education, revealed that the reforms drove up costs in urban areas when they were supposed to achieve the opposite:

The report also notes that “choice in the school system has led to a tendency to segregate in terms of pupils’ socio-cultural background, performance and ethnic background”, adding that:

The system of charter schools in America, much praised by the Tories, has also come into question. This summer, a Stanford University study showed that 37 per cent of charter schools were giving pupils a “significantly worse” education than standard state schools – only 17 per cent of them delivered a better education, and 46 per cent made little or no difference. It found that:

“Despite promising results in a number of states and within certain subgroups, the overall findings of this report indicate a disturbing — and far reaching — subset of poorly performing charter schools.”