The announcement in the pre-Budget report that savings of £360 million will be sought by “outsourcing inefficient prisons” is symptomatic of the Government’s increasingly reactionary and haphazard approach to prison policy. 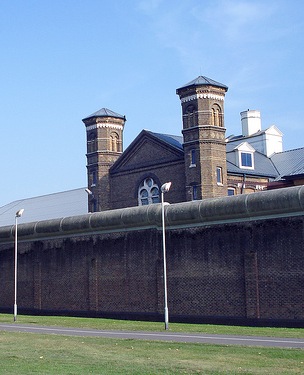 The announcement in the pre-Budget report that savings of £360 million will be sought by “outsourcing inefficient prisons” is symptomatic of the Government’s increasingly reactionary and haphazard approach to prison policy.

I’ve visited almost 30 prisons throughout England and Wales in the last six months, and I’m under no illusion as to how severe the problems in our system are. That’s why I can’t understand why the Government sees the solution as outsourcing prisons to the private sector. Not only are there profound ethical questions posed by operating penal institutions for profit, but there are also very practical considerations to be taken into account if the Government’s motivation is saving money. How exactly will the private companies contracted to run prisons save money i.e. what will they cut?

It’s a particularly important question because the overwhelming majority of people in prison are from disadvantaged, dysfunctional and sometimes horrendous backgrounds. Many of them have been in local authority care (over 25 per cent of male prisoners and 30 per cent of female prisoners), have profound educational difficulties (around 50 per cent have poor reading skills, 80 per cent writing skills below level 1), are alcohol/drug-dependent (over 40 per cent of male prisoners were drug-dependent on arrival in prison) and have significant mental health issues (over 80 per cent of women prisoners). These people need high-quality services and support that costs money. If they don’t get that then they are released unprepared and unreformed, with the inevitable consequence that they will re-offend. That creates more crime and more victims of crime, and simply leads to a cycle of offending from which there is no escape.

It is difficult and it will take courage to start a debate about this, given a very hostile media and political class uninterested in the issue beyond a punitive desire to be ‘tough on crime’. I know that it’s a complex debate; one that I have with myself nearly every day. Everyone – me included – has their own emotional reactions to crime, criminals and the victims they create. That’s important. It’s important too, though, that politicians and policy-makers go beyond that reaction and make policy based on what’s best for our society as a whole. We can’t ignore the fact that people in prison and their families, as well as ex-offenders, are part of society too and they need to be included in that process.

The most damning indictment of our criminal justice system is that it is easier to get into than to get out of.  The progressive left has a duty to engage in a real debate about what – beyond the law – should govern our responses and policies towards prison and prisoners. We need to challenge the basic reactionary ignorance that many in British politics, media and wider society have about prisons and criminal justice. If we fail to do so then we are abandoning 80,000 of our fellow citizens, and helping to perpetuate a system that entrenches inequality and does nothing to stop the cycle of re-offending.

Conor McGinn is the Manager of the Irish Council for Prisoners Overseas, an organisation that works with offenders and their families. He is writing in a personal capacity.

8 Responses to “Prison policy should cut crime not costs”